First of all, there are no robots here. Sorry. Even though all these photos were taken during the Robocon contest in Akita (some four hours from Sendai by bus), I didn’t take many photos from the actual competition.

The point of the competition is to build a robot that can throw rings made of gummy material into the poles which can be seen in the cover picture. The robots varied greatly in design, even though the objective was the same – to get rings into the poles as quickly and accurately as possible. The variety and imagination in designs was the most interesting thing about the robots. Some of them worked great, but others didn’t do that well and barely managed to get any rings into the poles. Our school had two teams, but neither of them were very successful. 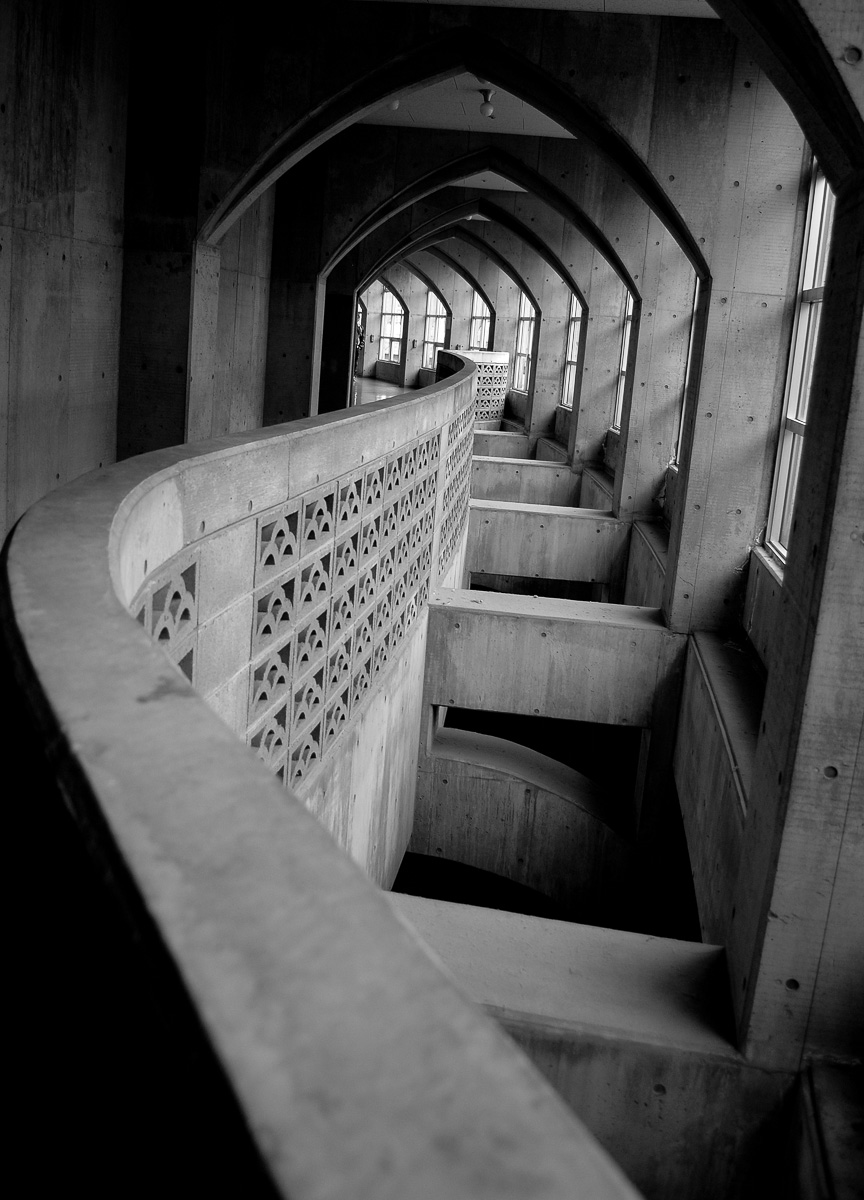 Where corridors are long and bleak, rendered in tones of gray. 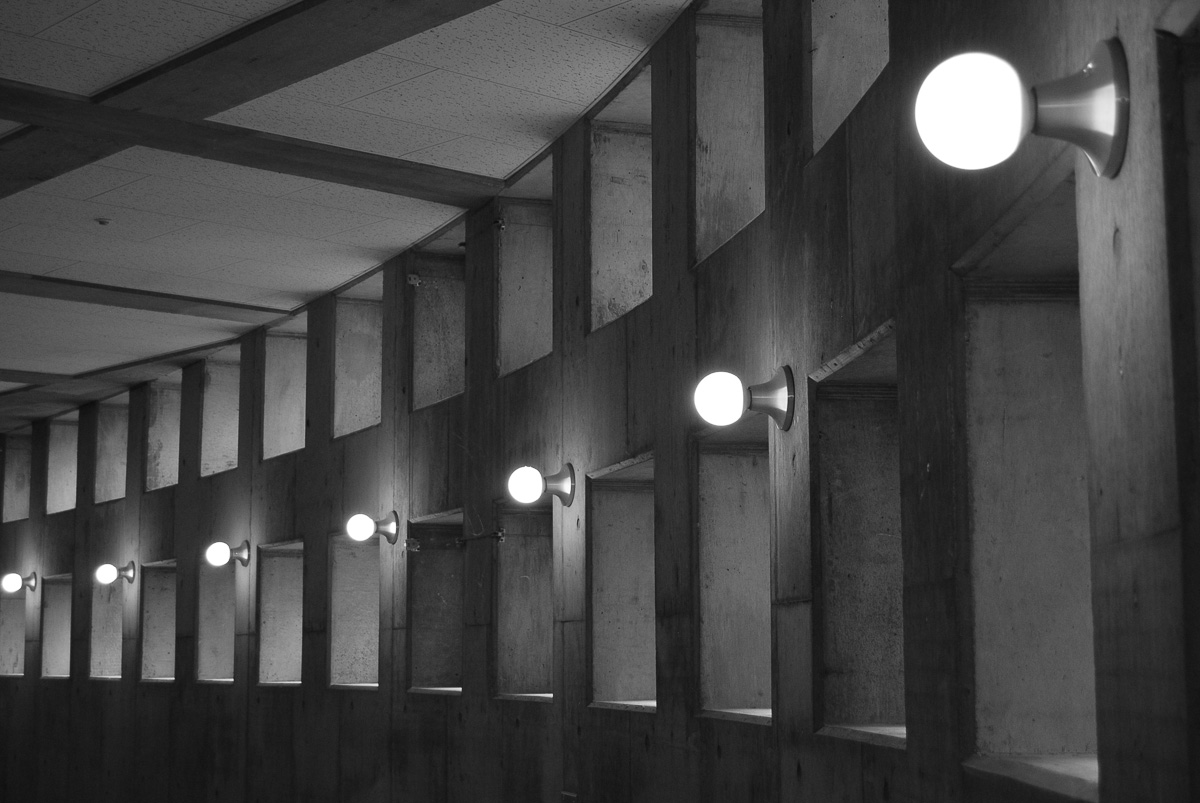 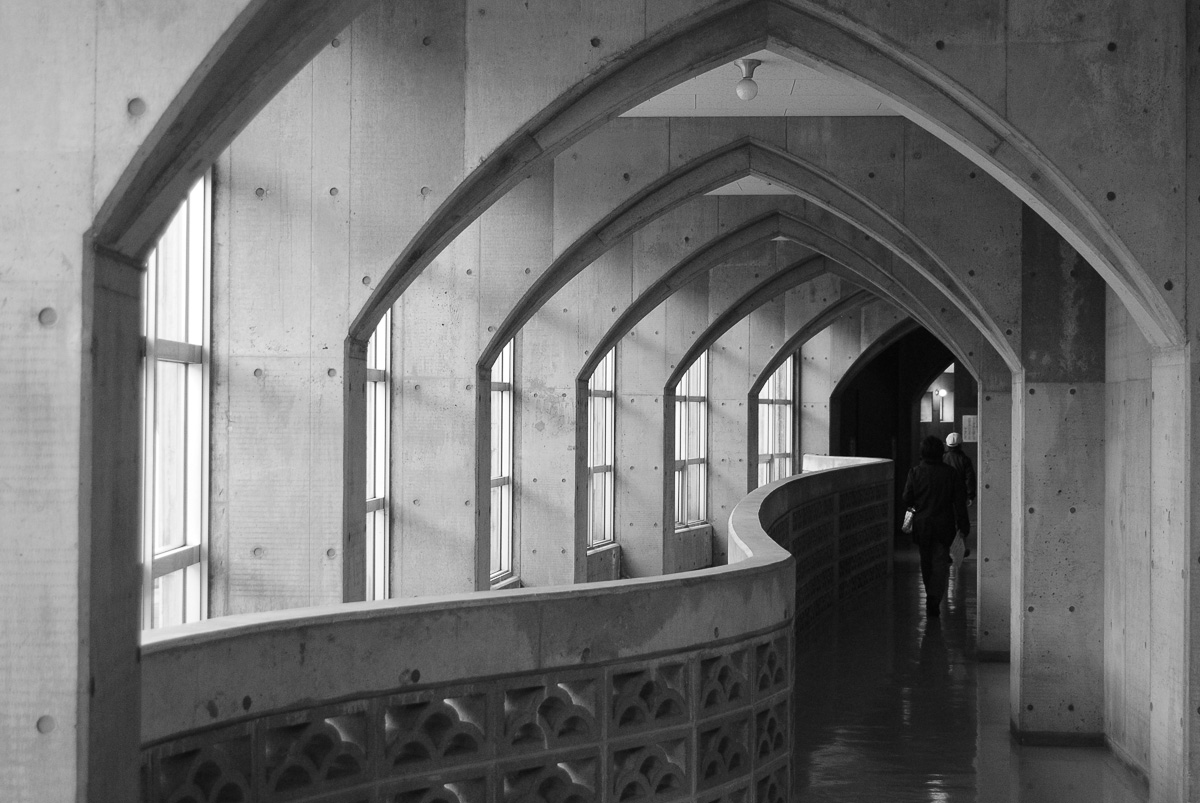 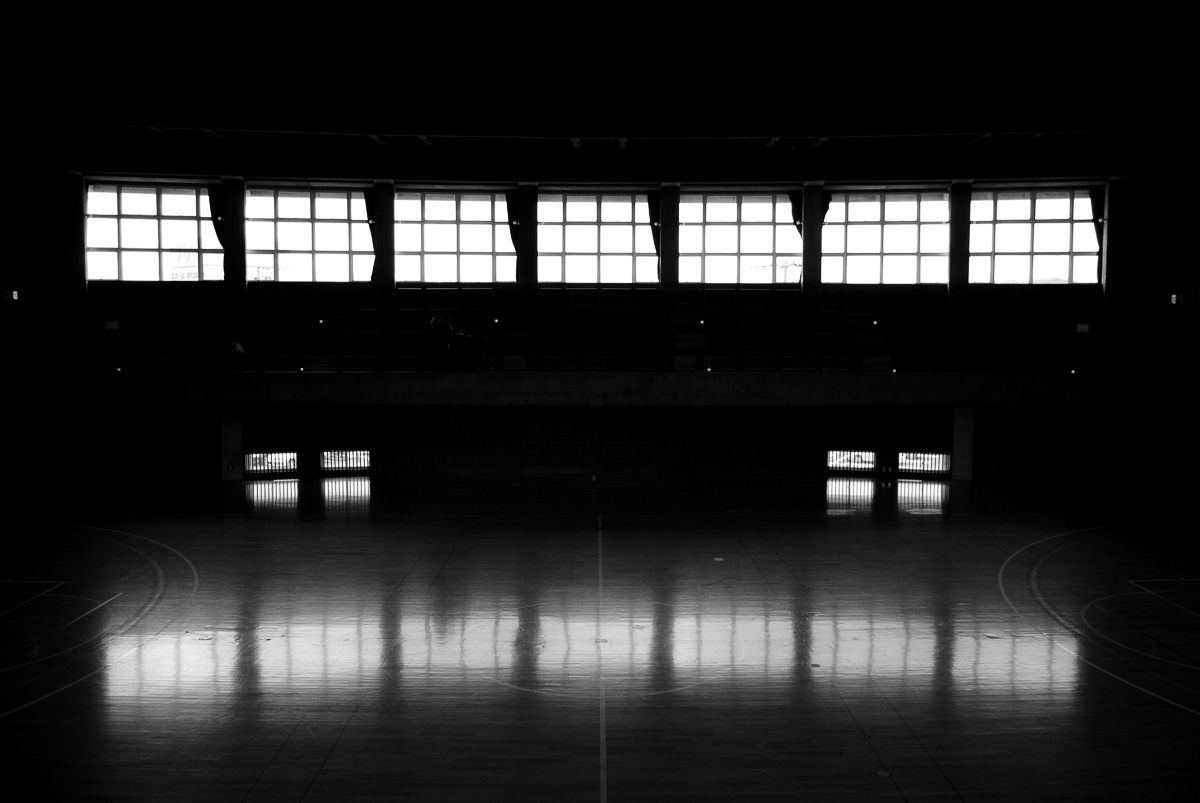 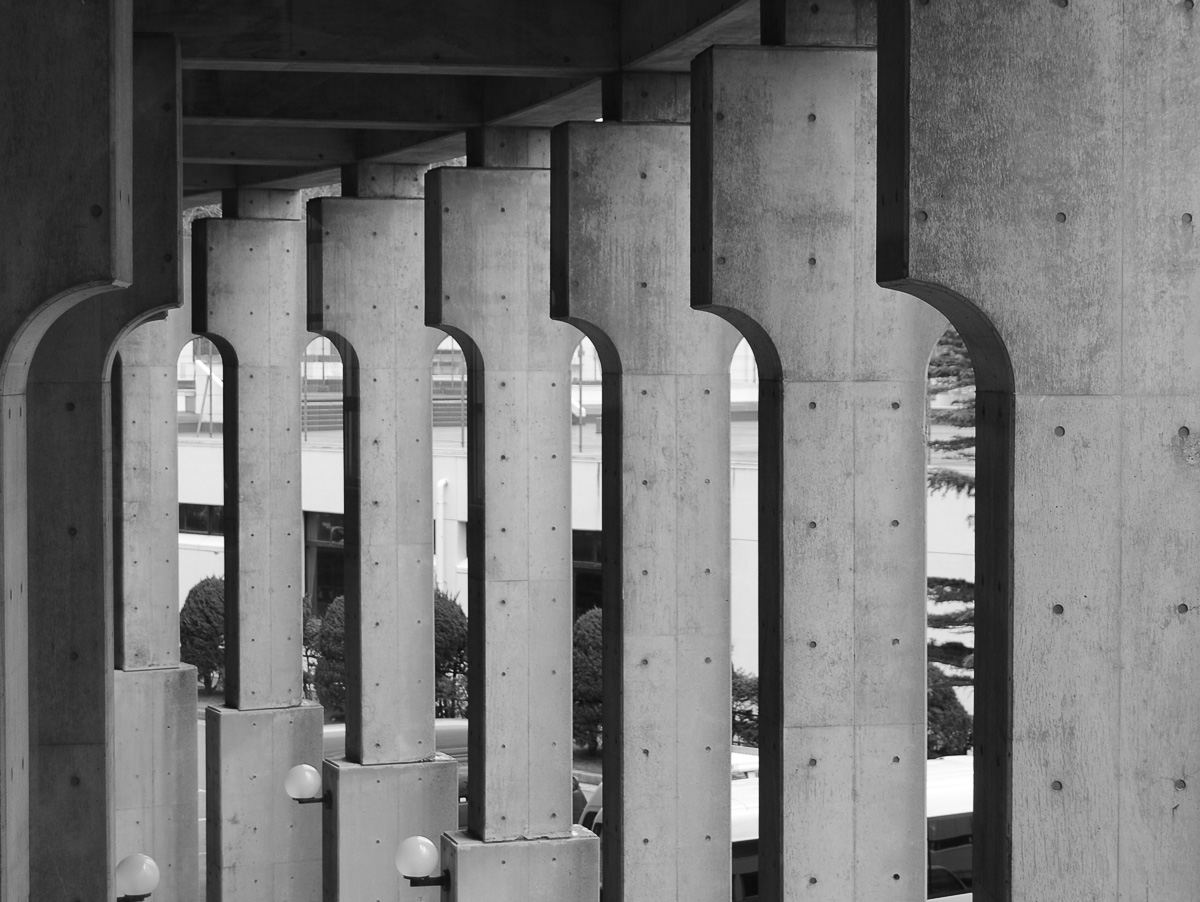 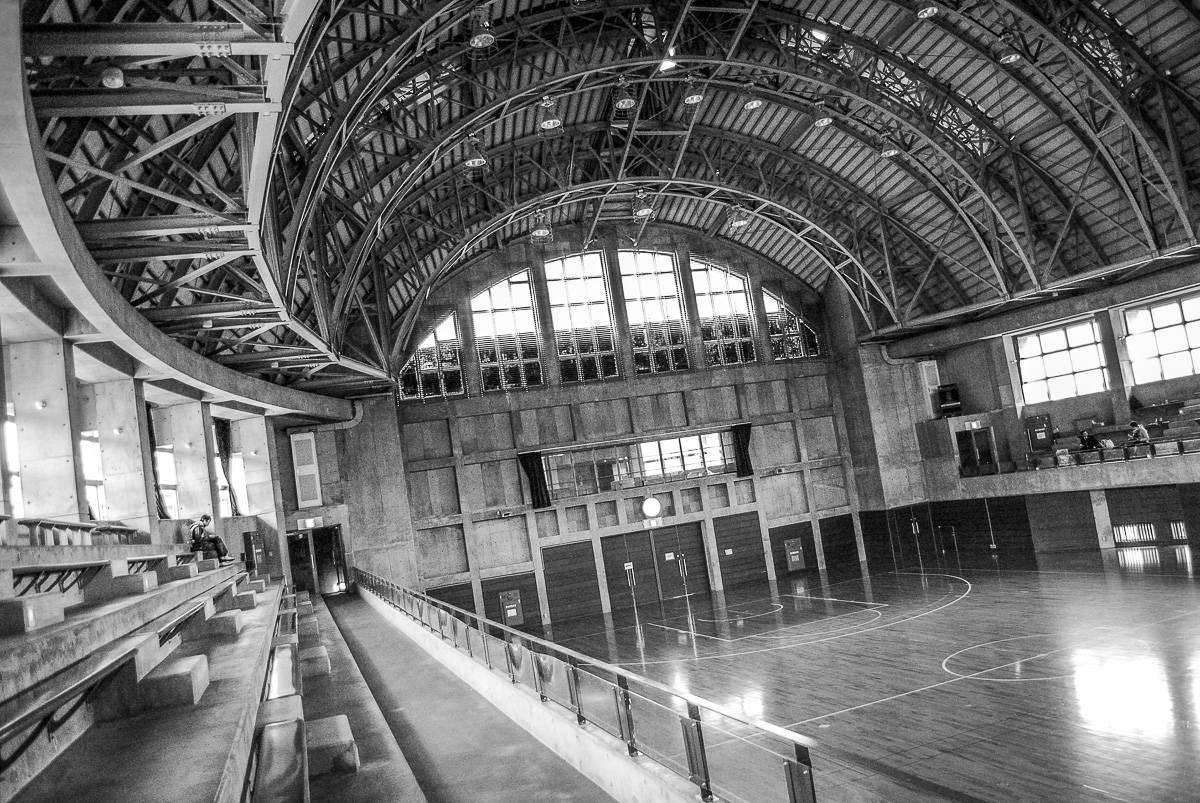 Some people were eating their lunch and having a break in this cozy warehouse-like environment. It was very quiet. 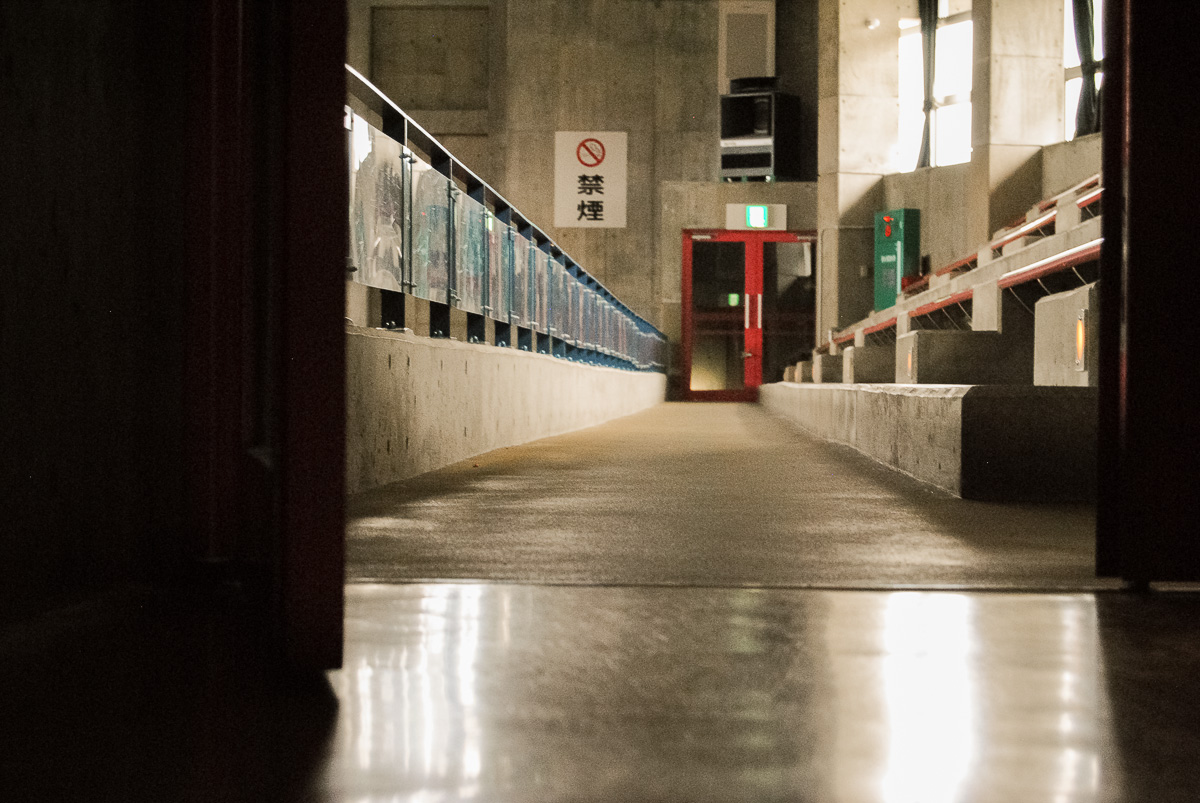 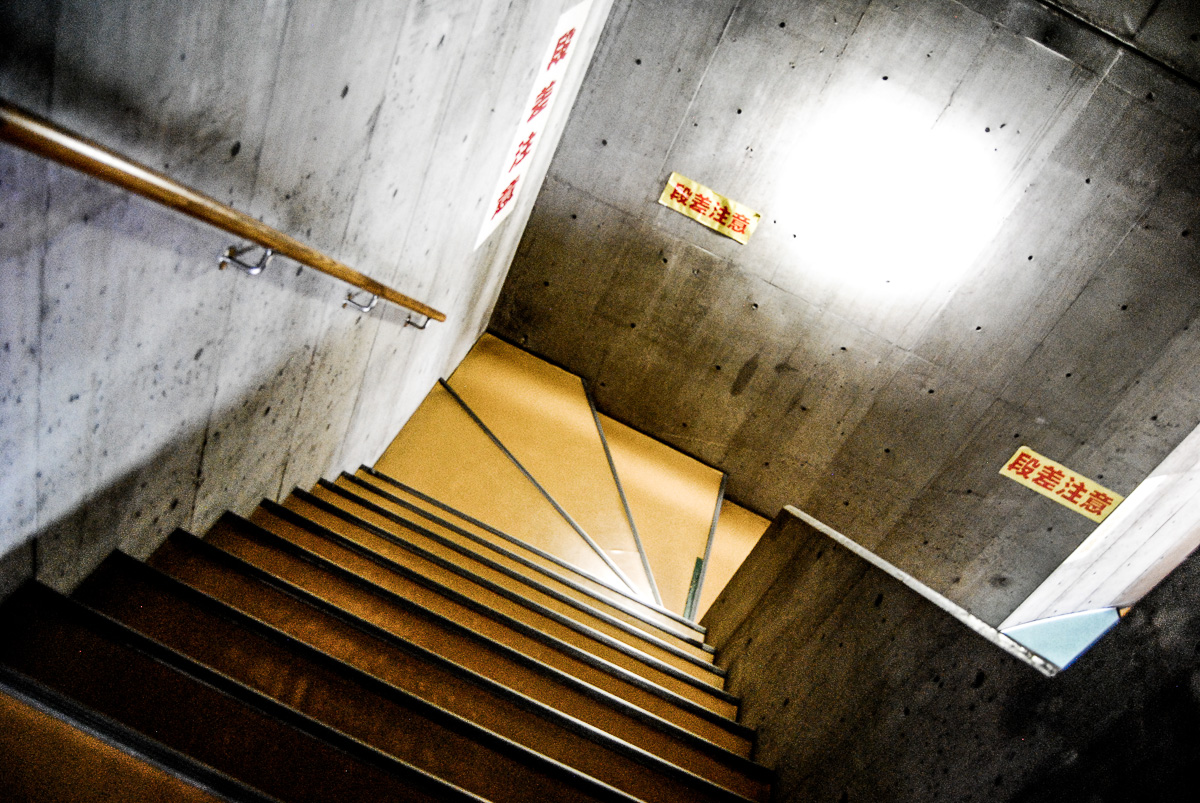 This corridor reminded me of Silent Hill. I tried to capture that feeling. 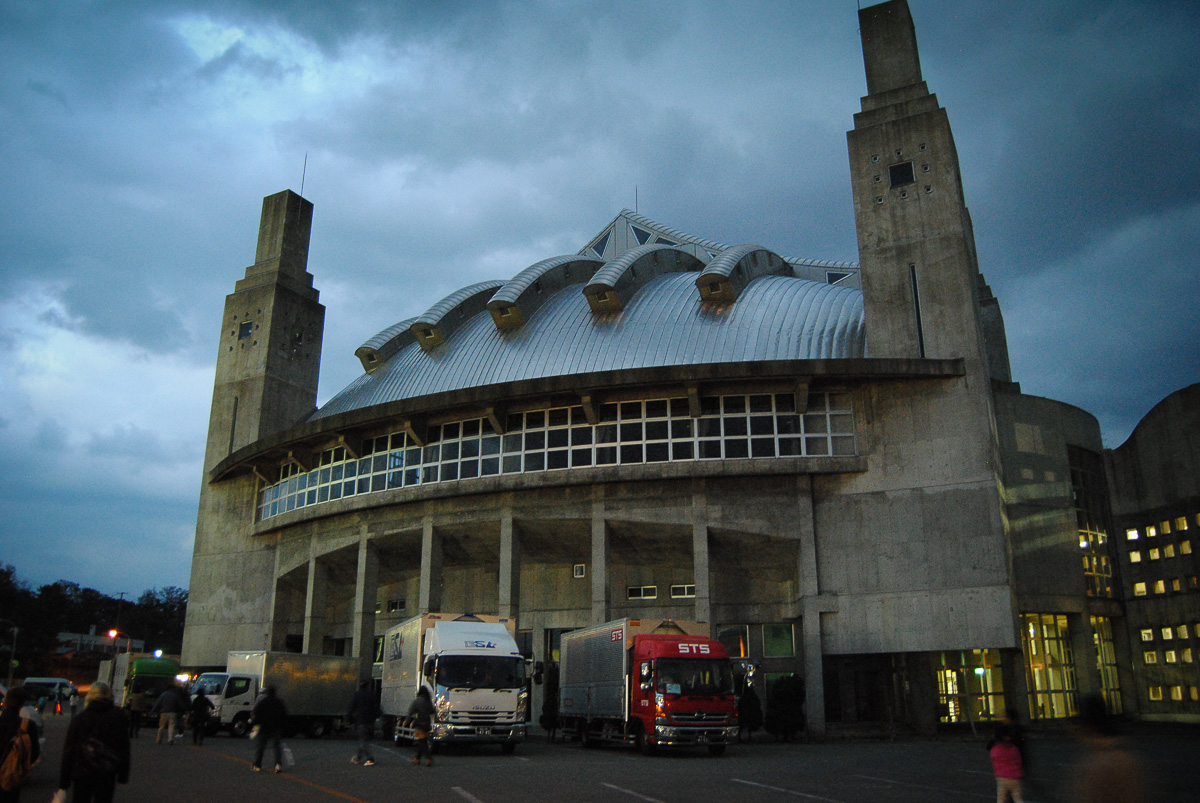 This is how the building looks outside. 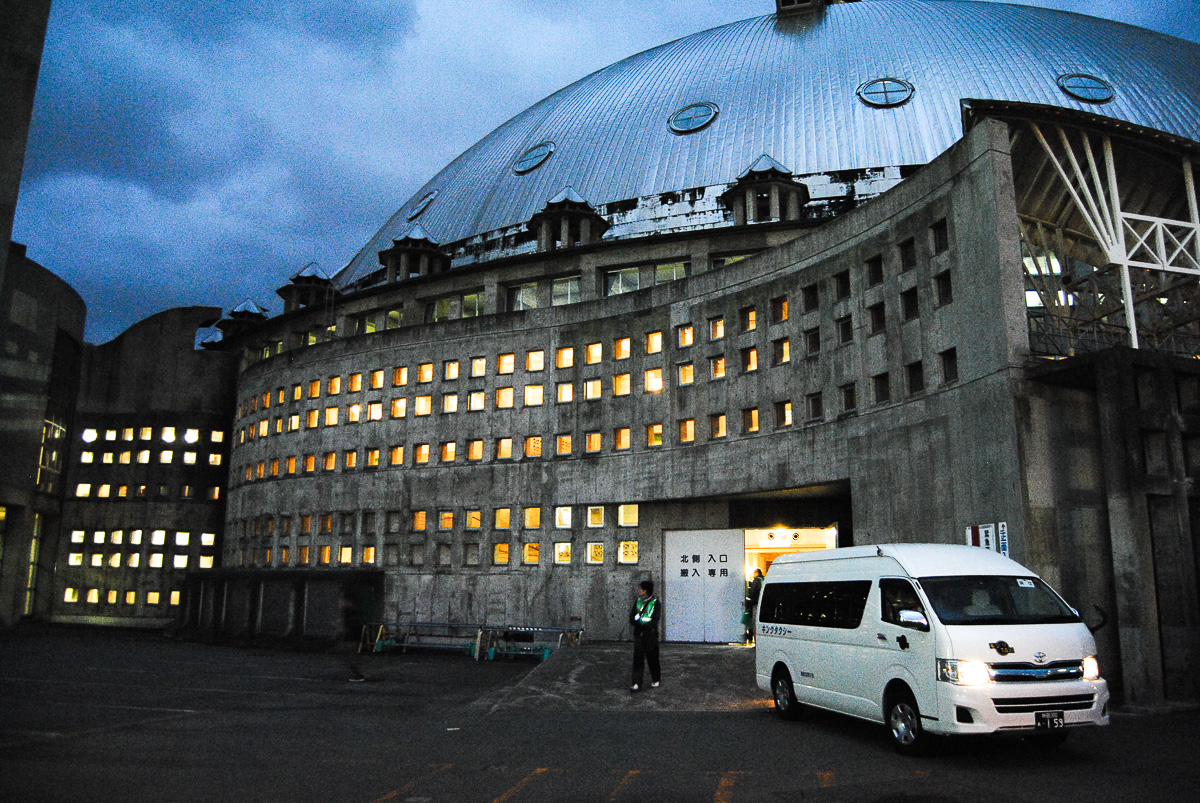 As far as I know, this style of architecture is called brutalism, and this really reminded me of an article I read about the Barbican area in London. I find it quite interesting it it’s, well, brutality and use of heavy structures. 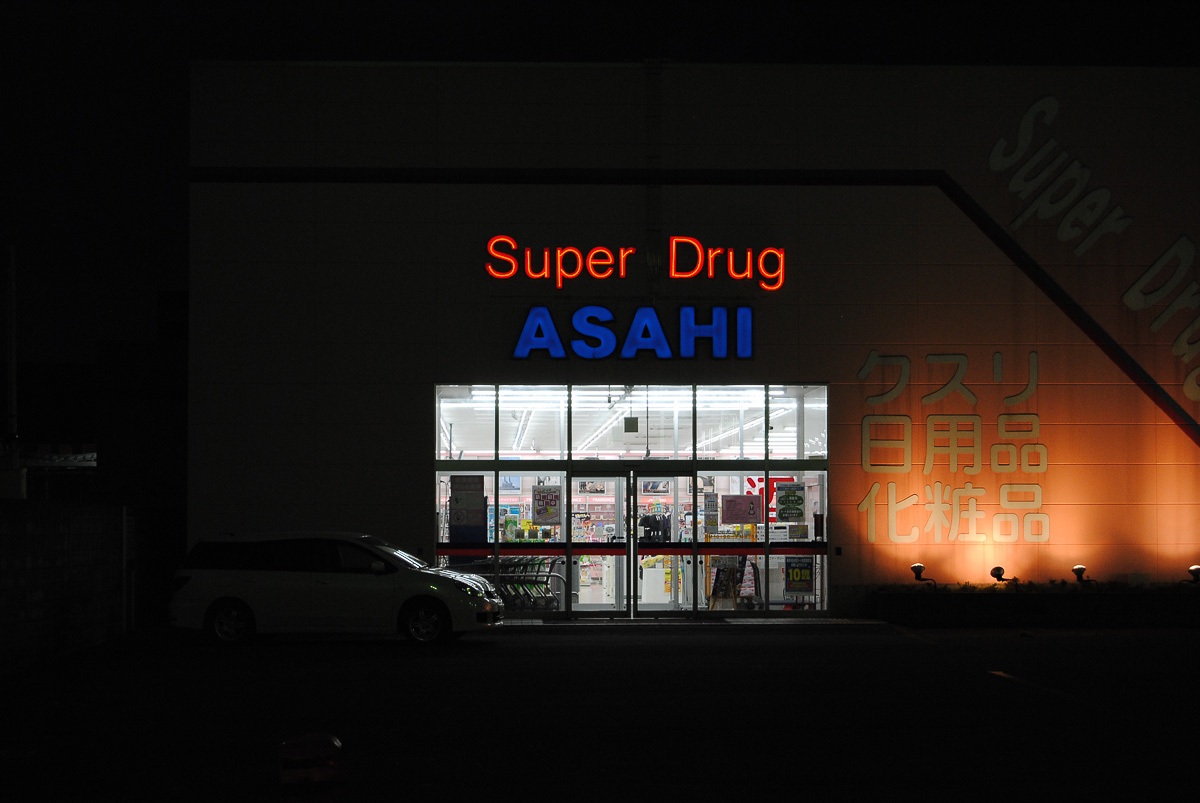 Outside next to the building was this drug store. I’m always up for some Super Drugs.

At the end of the day I was feeling pretty exhausted, because the trips to Akita and back took 8 hours in total and we watched the contest for four not-too-interesting hours. Until next time.