Dontosai is a winter festival held only in the Migayi prefecture (that’s where Sendai is) in Japan every year around the 14th of January. The Sendai Tourism Website sums it up briefly:

This traditional event is held at shrines where worshippers bring their New Year’s decorations to be burned in a large bonfire and pray for good health, good fortune and the well-being of their families. The largest of these festivals is held at the Osaki Hachiman Shrine, famous for its hadakamairi (men dressed only in loincloths marching to the shrine).

We visited the aforementioned Osaki Hachiman Shrine, located nearest to Kunimi Station on the Senzan line. I didn’t get to see much of the actual shrine, but it’s supposed to be well worth the visit in itself.

The most peculiar part about the festival are the half-naked people who walk to the shrine in cold winter weather. We saw some people passing by near Sendai Station walking towards the shrine. This year temperature was near zero, so I think it really takes some balls to walk about 5-6 kilometres with practically no clothes to protect from the cold! 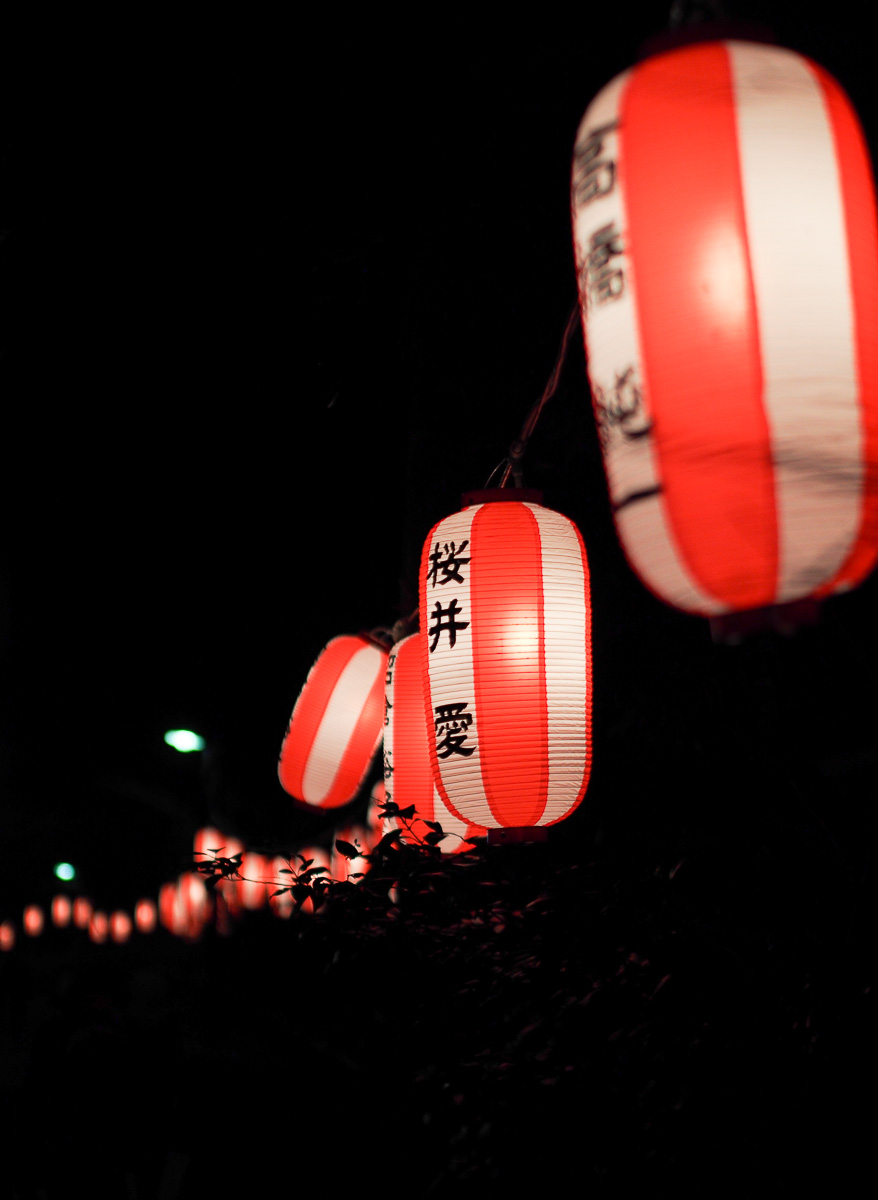 The kanji written on the lamp are 桜 (sakura), 井 (well) and 愛 (love). I don’t know the meaning, but it might be a name (Ai Sakurai). 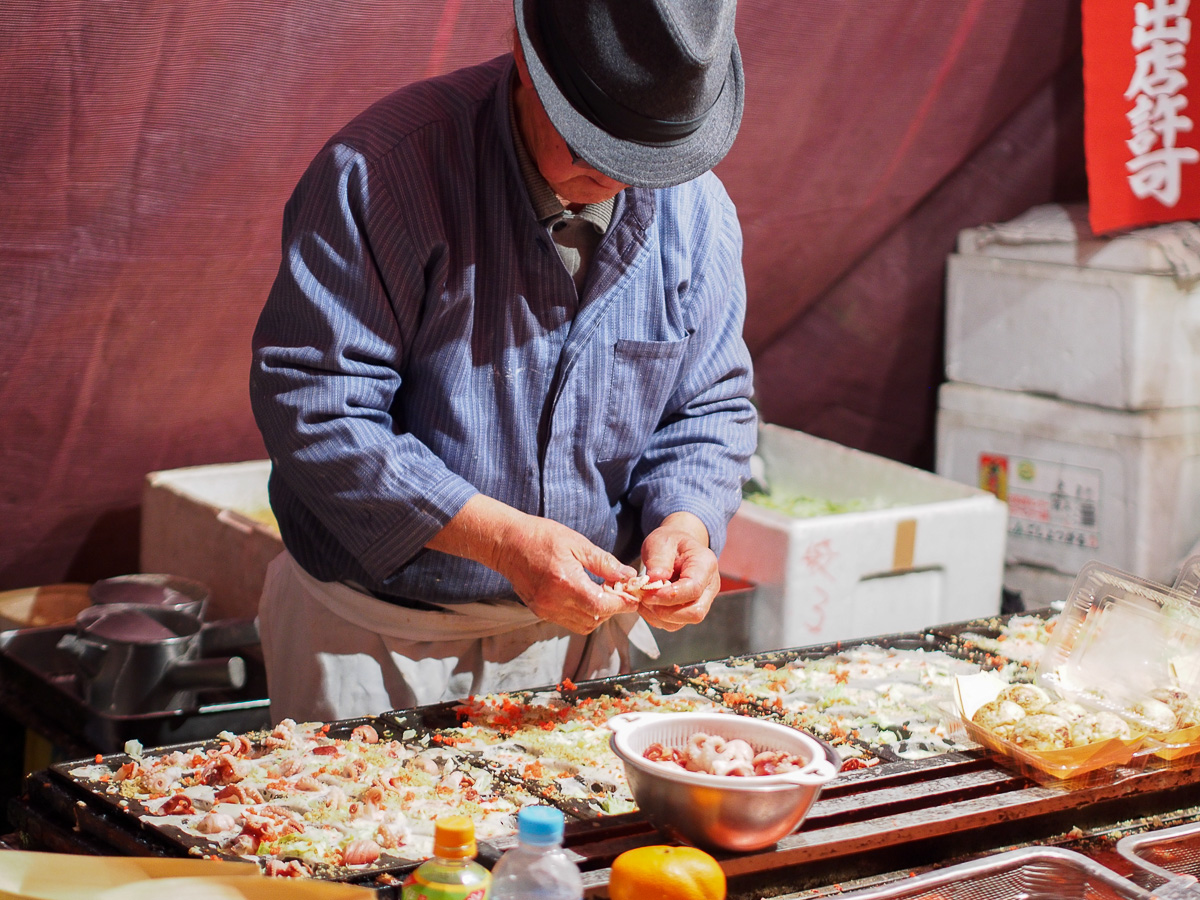 One the best part of the festival is the FOOD! There were tens of different food shops (maybe closer to a hundred), selling the usual festival type foods: okonomiyaki, takoyaki, karaage, yakisoba and so on. But I like them so no problem there! The okomiyaki I ate was really big and quite cheap, 500 yens (about 4 euros). 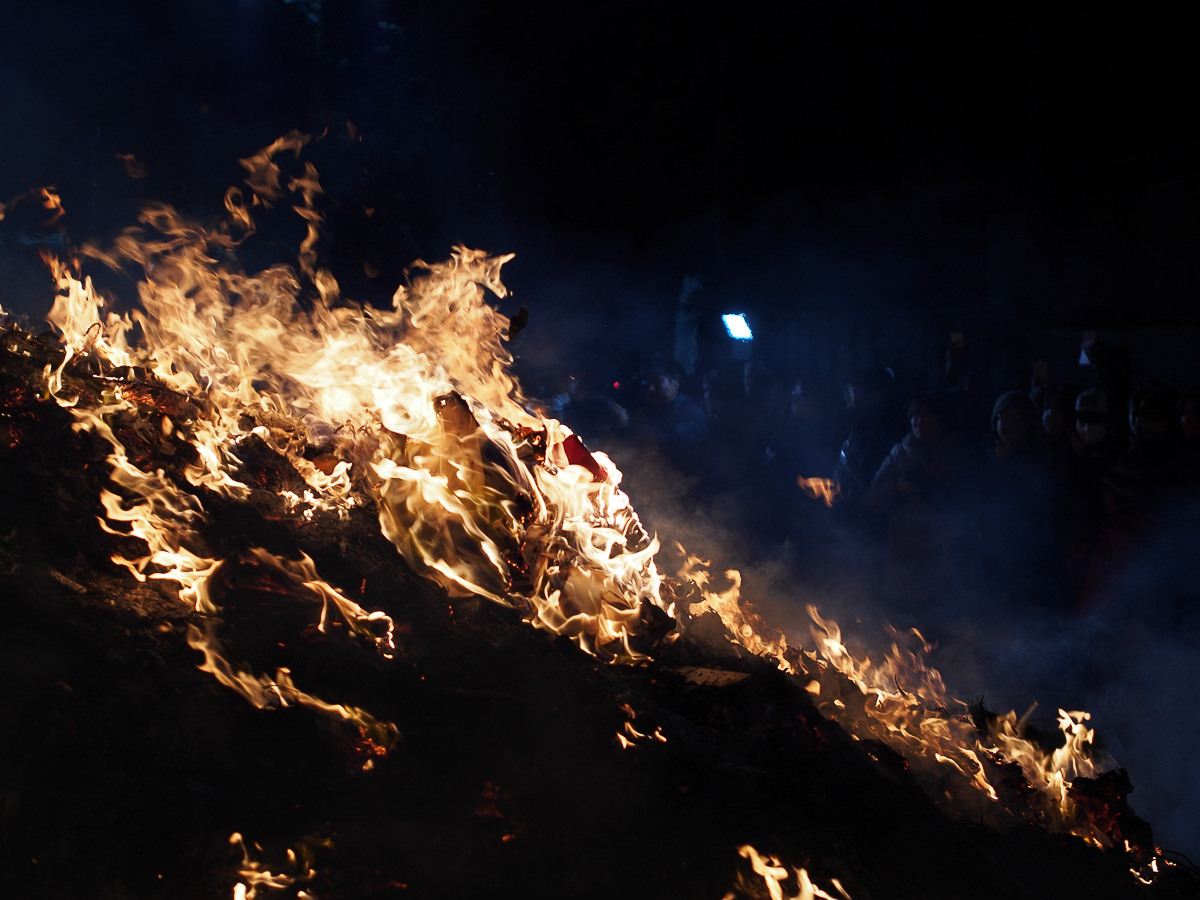 It was interesting to watch people throw decorations and other things in to the fire. 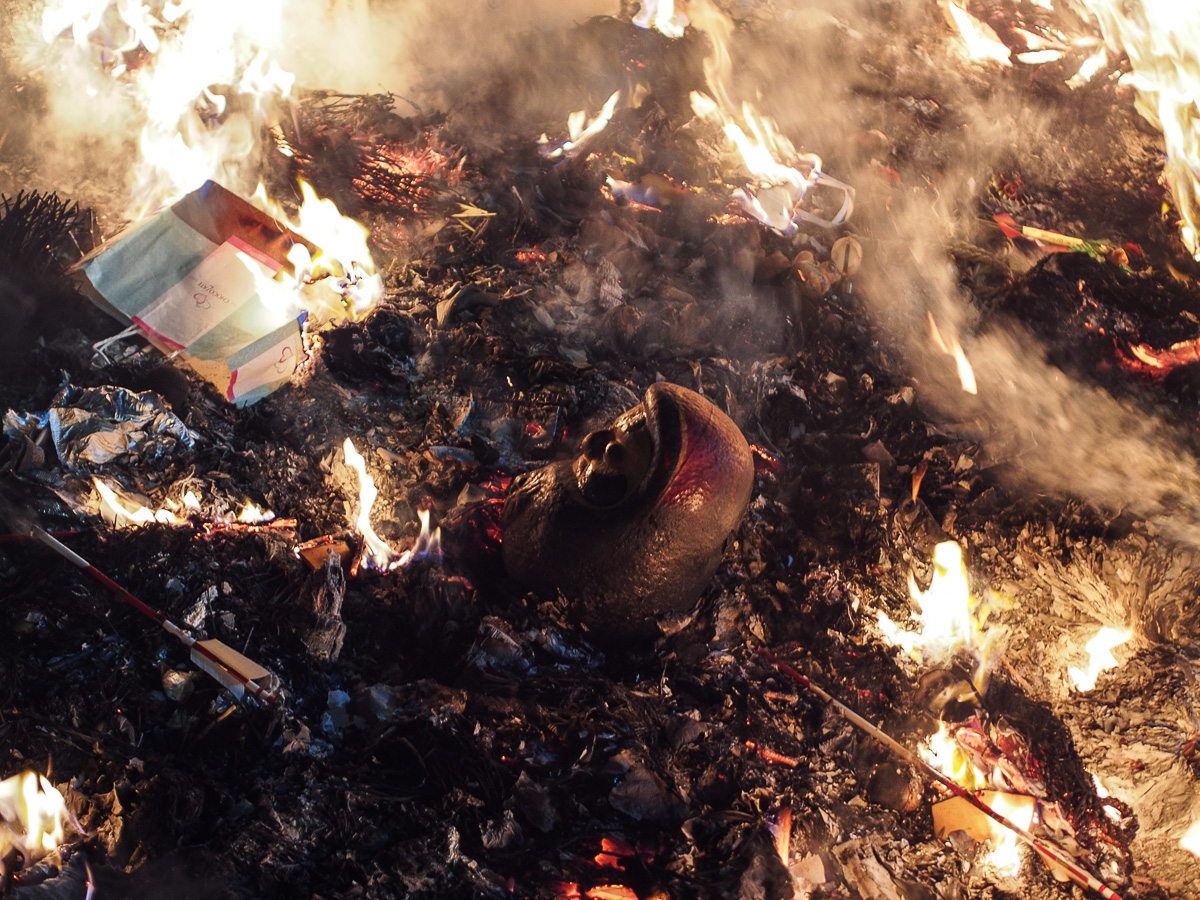 Someone had even thrown a daruma there. The large bonfire also reminded me of a traditional Finnish midsummer party, juhannus. On midsummer’s eve a similar kind of big bonfire is lit, and people gather around it to drink and party, although the fires are maybe not as common anymore as they used to be. 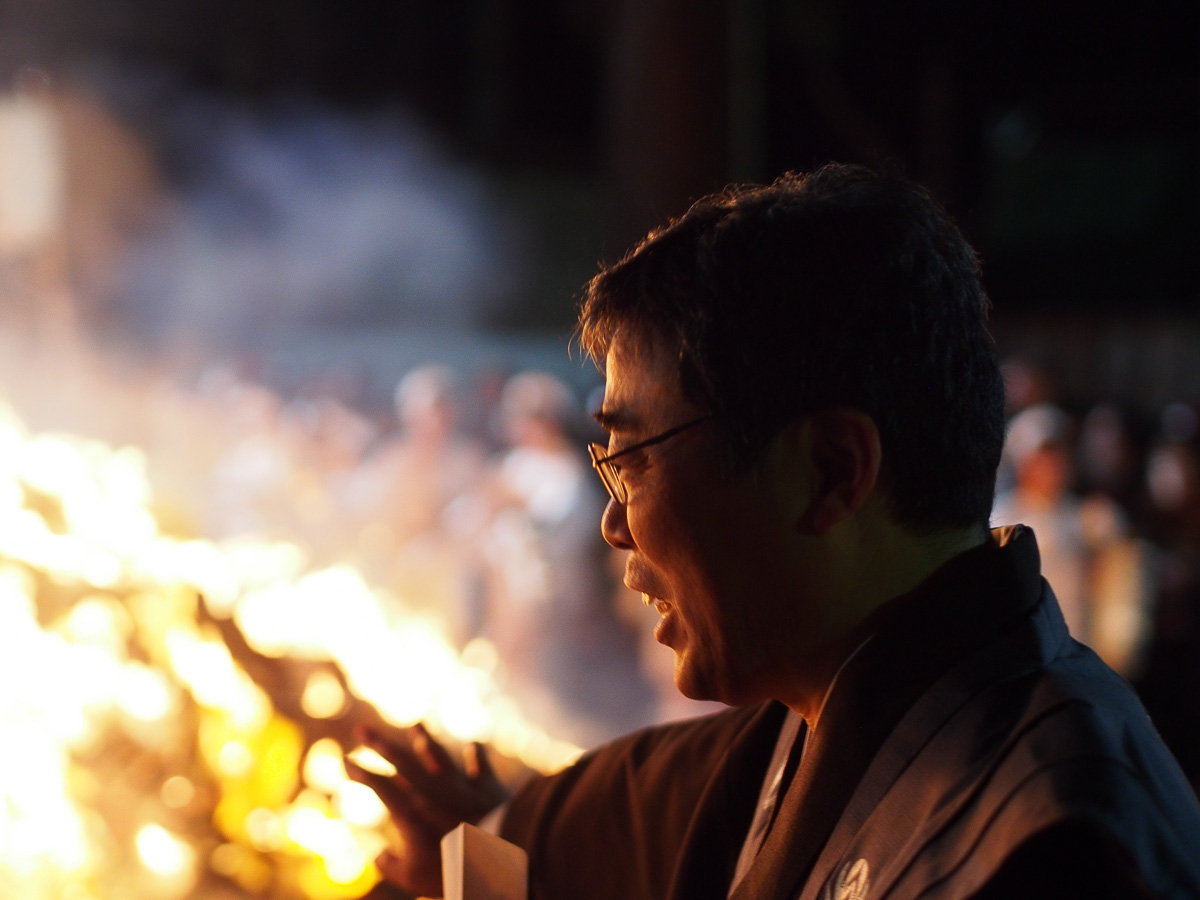 Portrait of a stranger. I really like the lighting on this one. 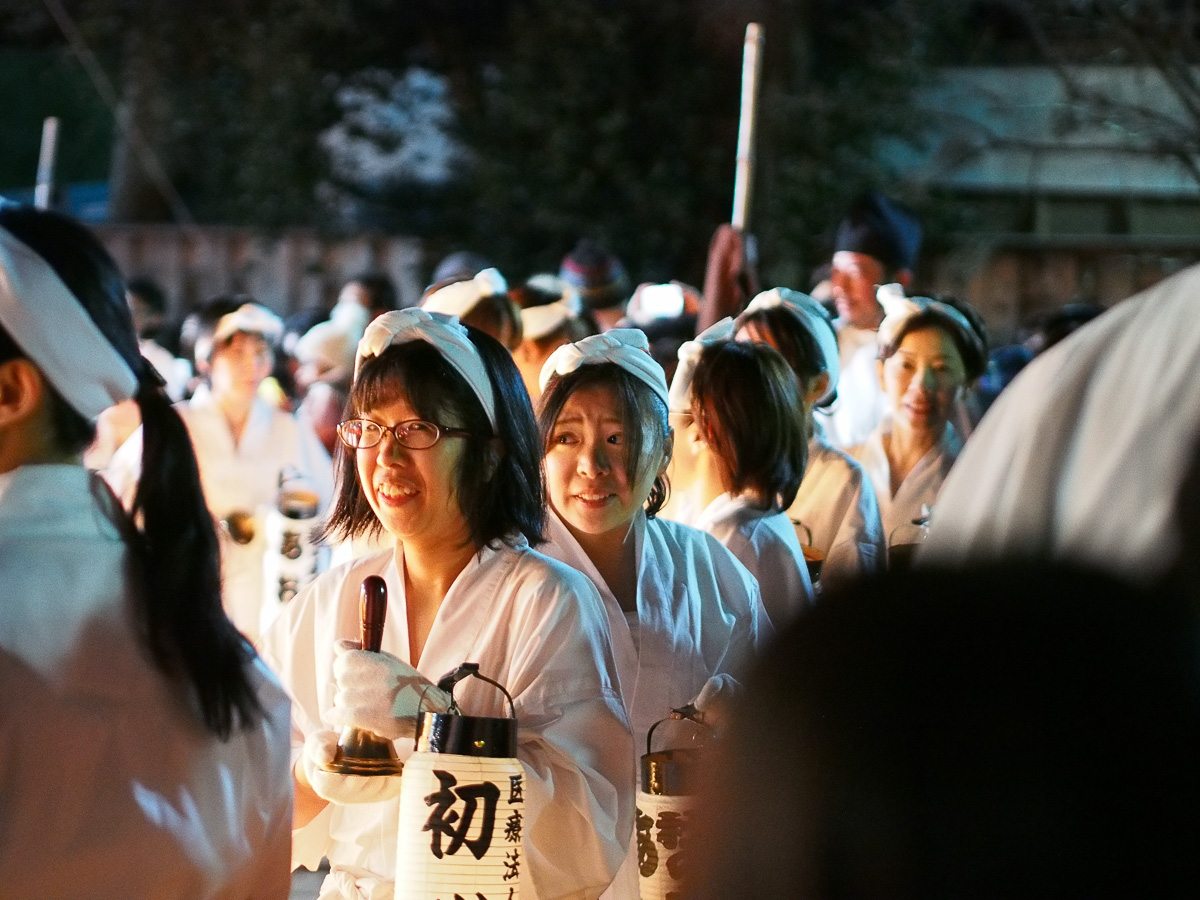 There were also lots of women participating. 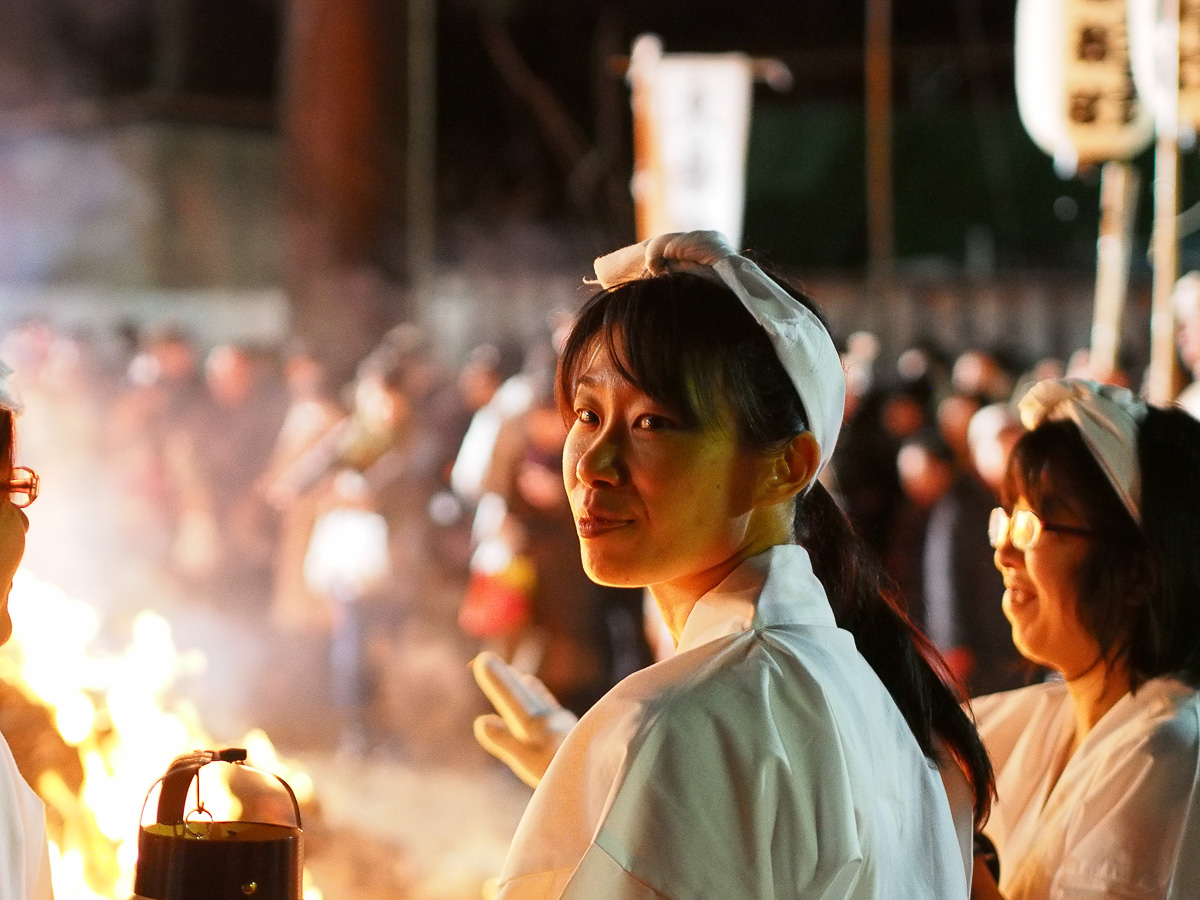 There’s something captivating in the eyes of the woman. 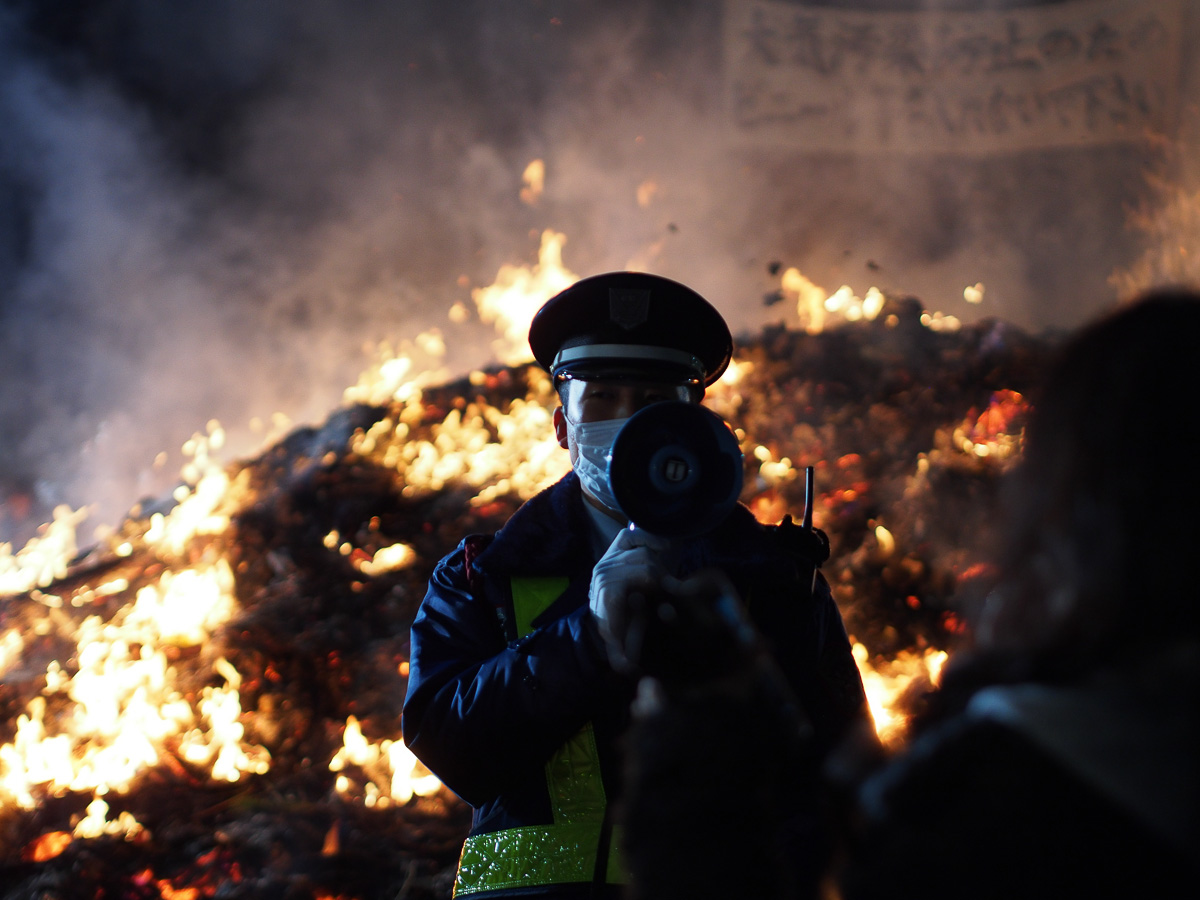 Nothing to see here, move on.(I think this is seriously my favorite photo from all these. My friend pointed out that this could be from a riot or something, hehe. Withouth context it would be hard to know for sure.) 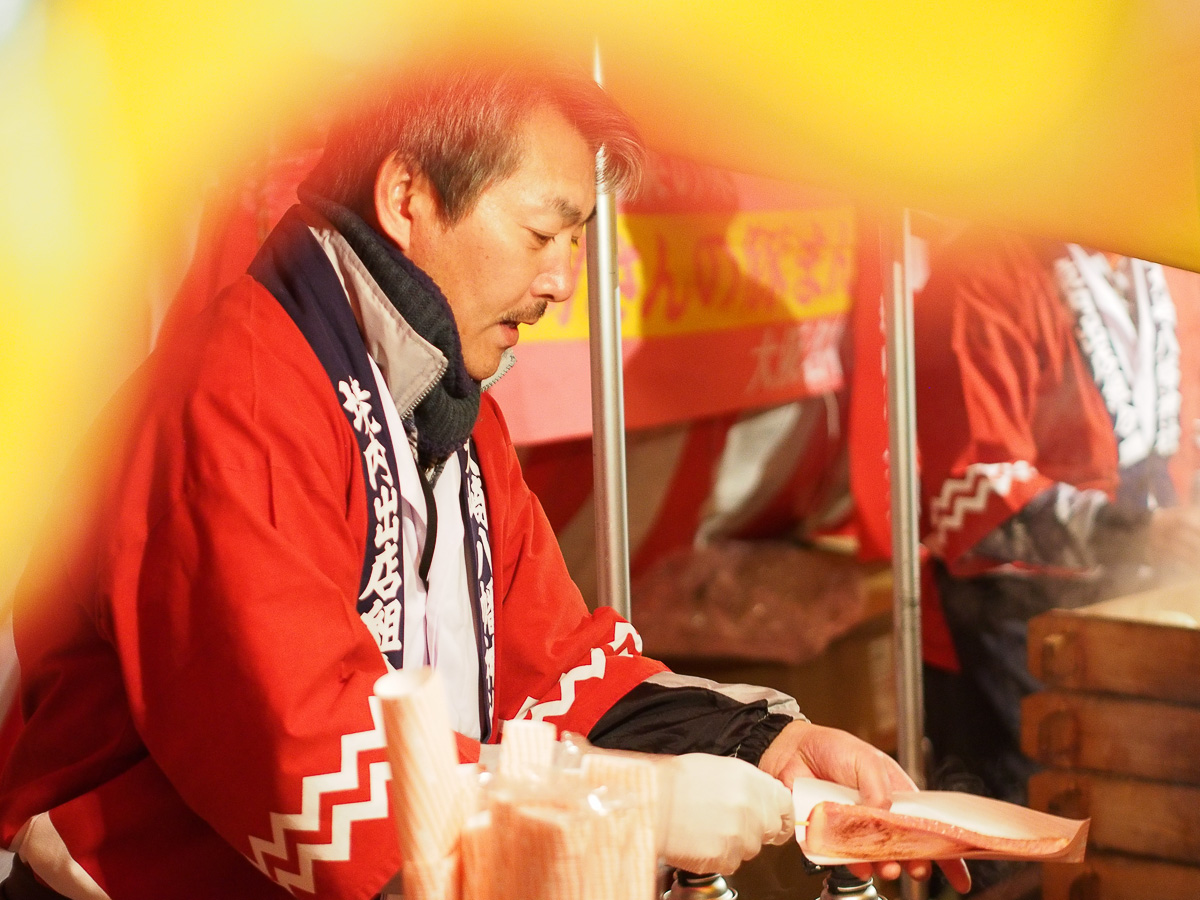 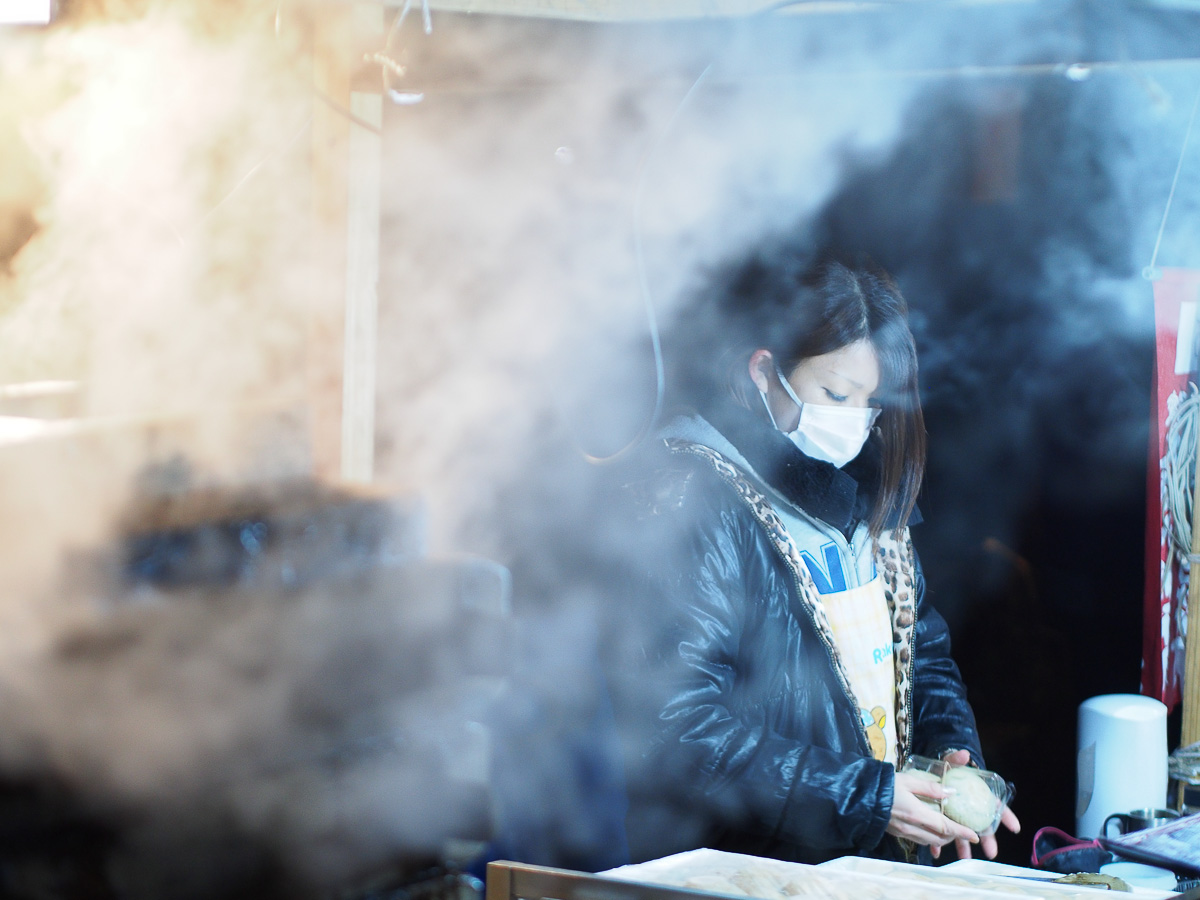 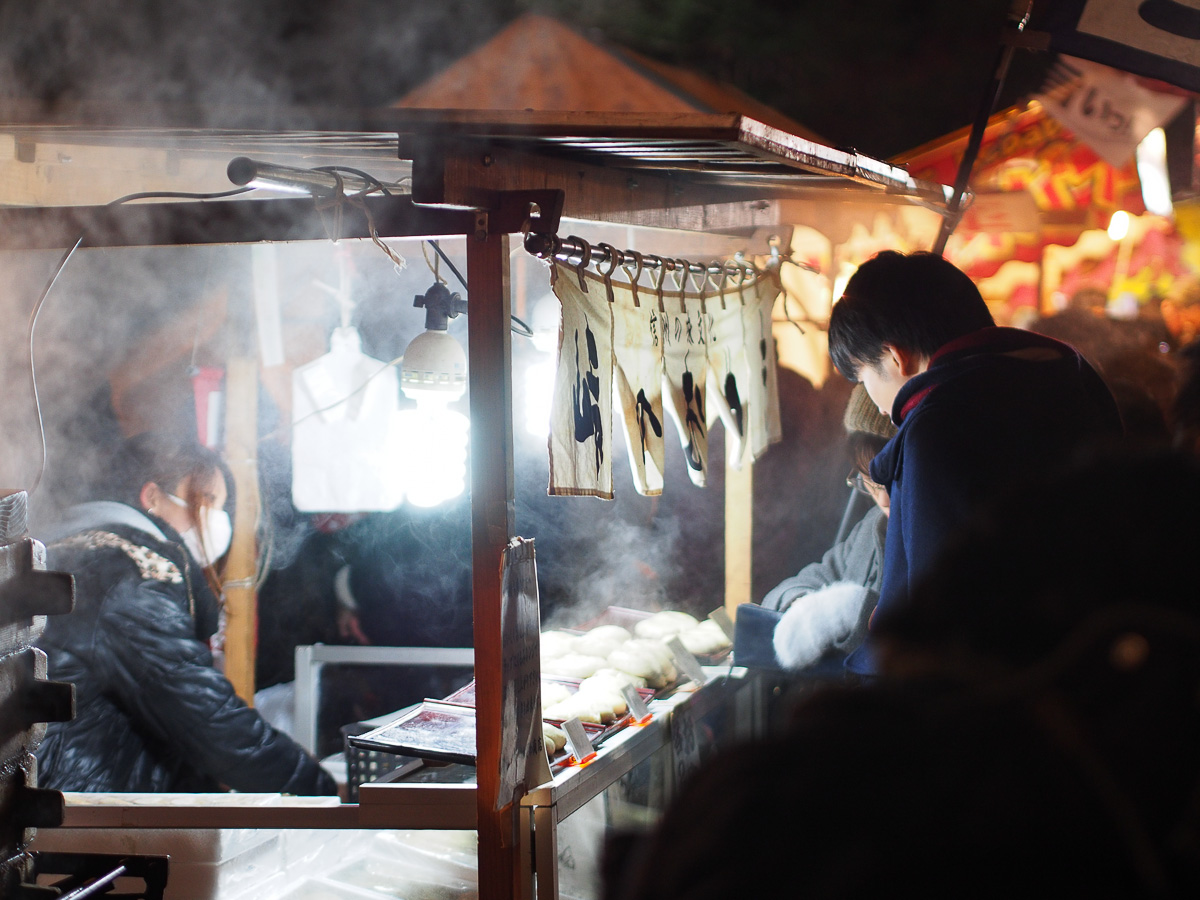 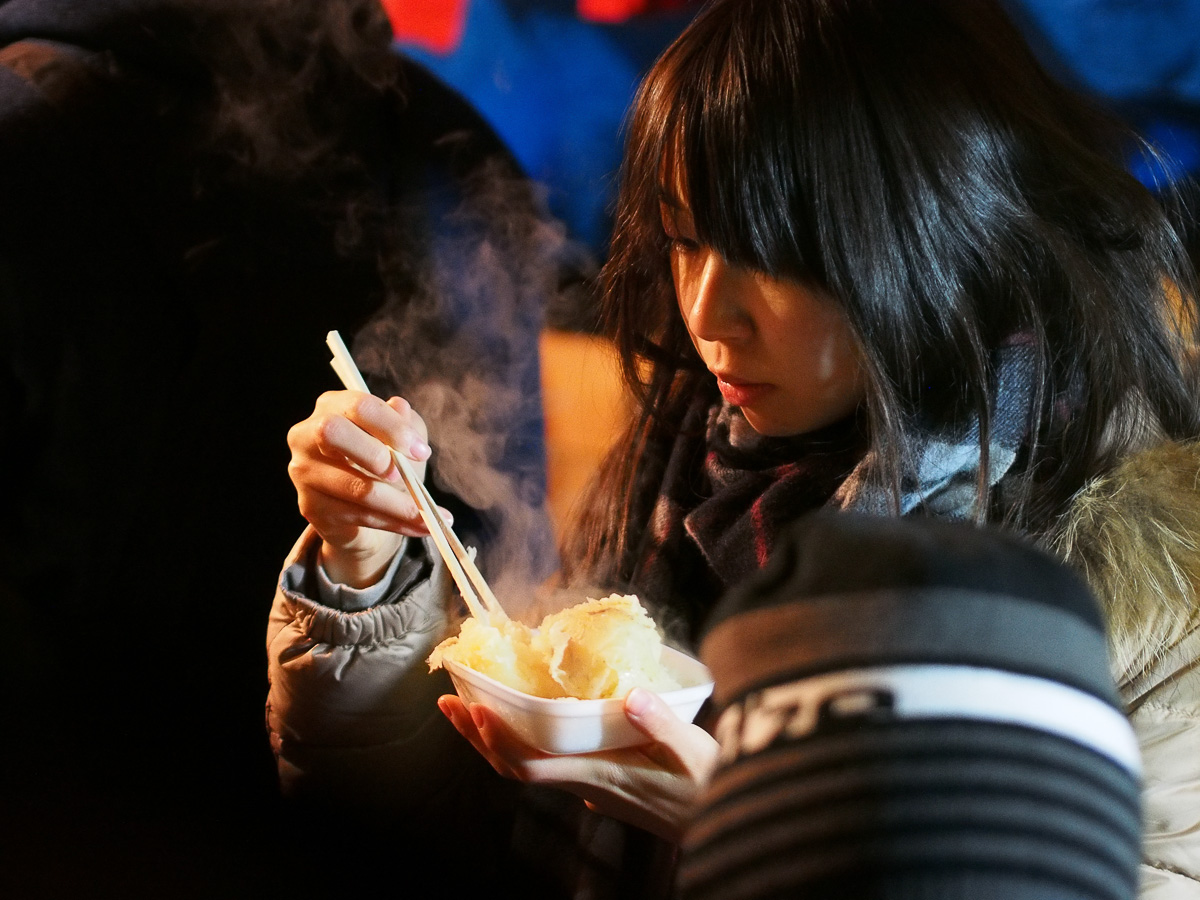 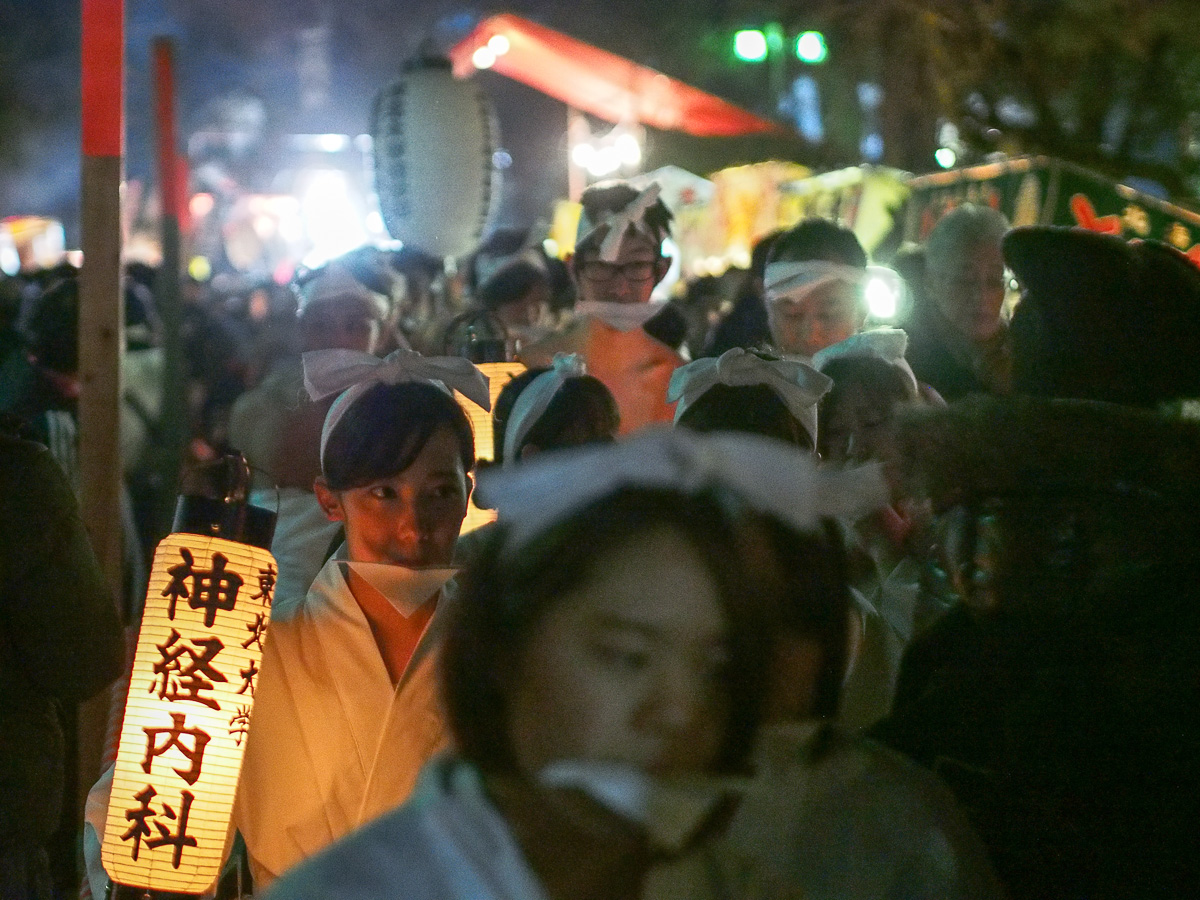 To prevent teeth from chattering, the pilgrims keep pieces of paper in their mouths. Talk about dedication! 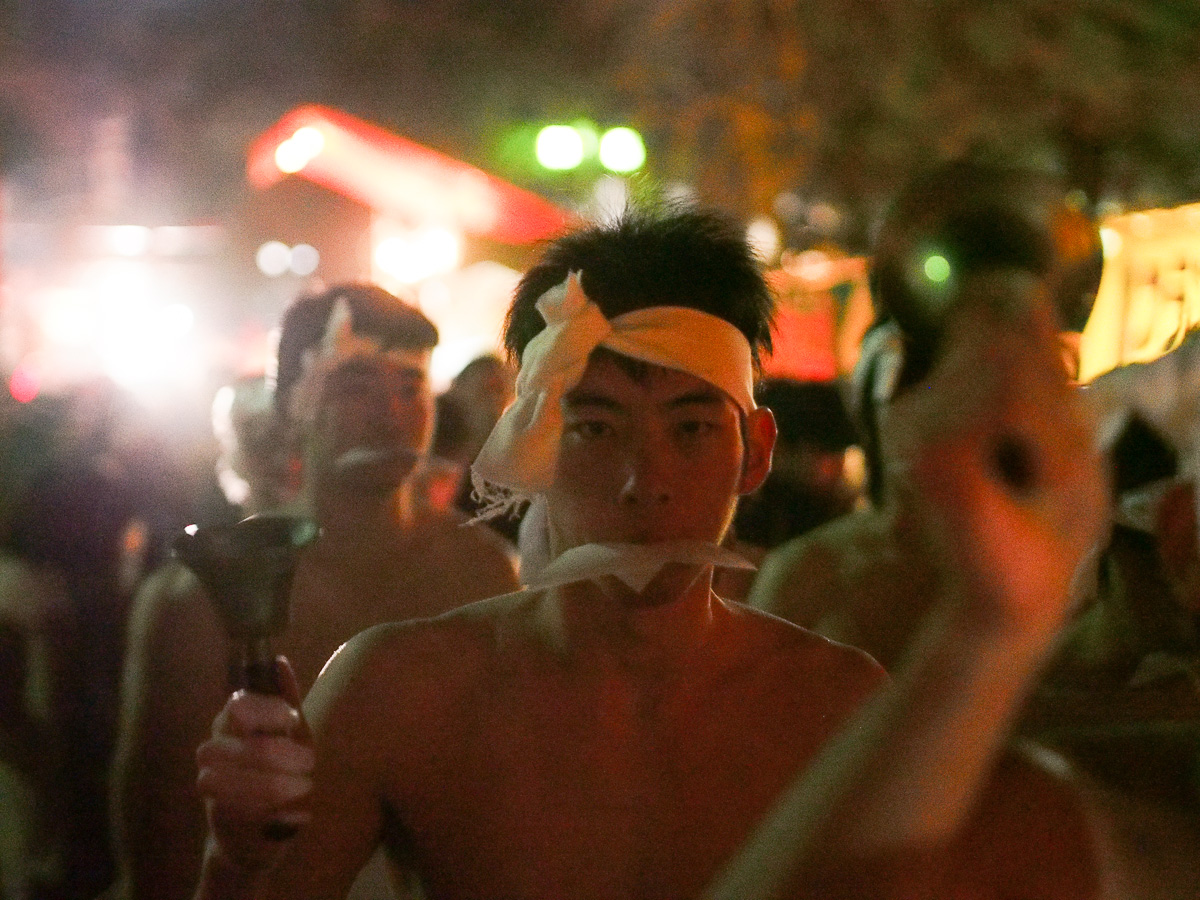 Men wear thin white boxers, a straw belt, and straw sandals, while women wear also a jacket. Not that it makes a whole lot of difference when the temperature is that low. 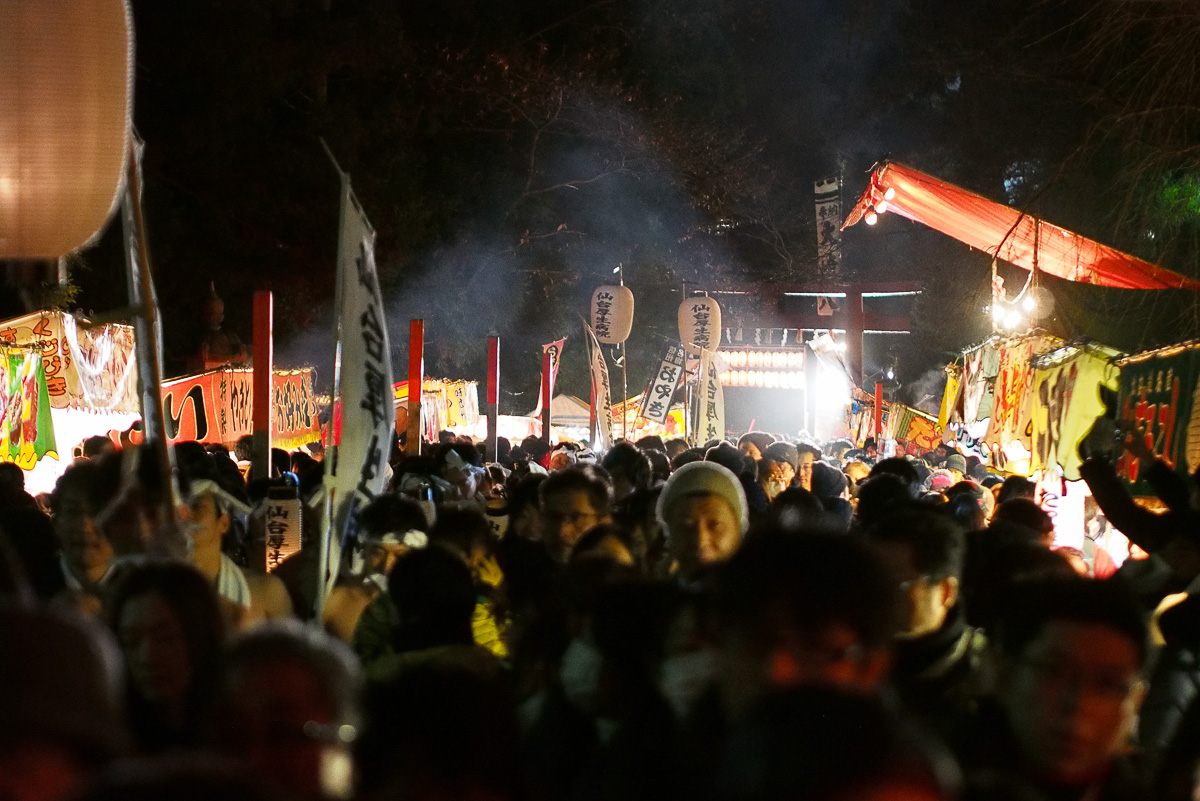 The place was really packed. Even so, I did not have to wait for long to get the food in any of the stalls. 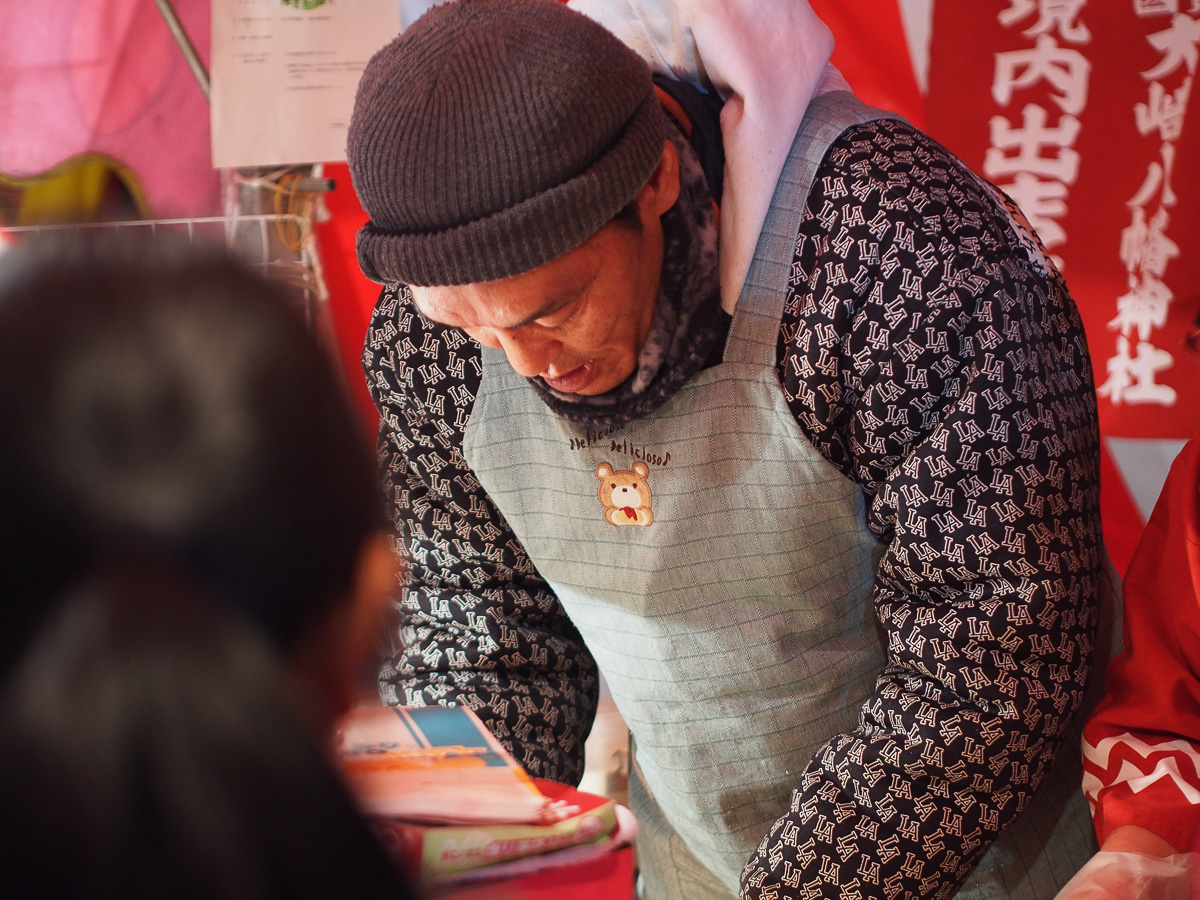 The man looked something like a cross between a mountain bear and human, but he wore a cute apron and was making some food! (Can’t remember what). 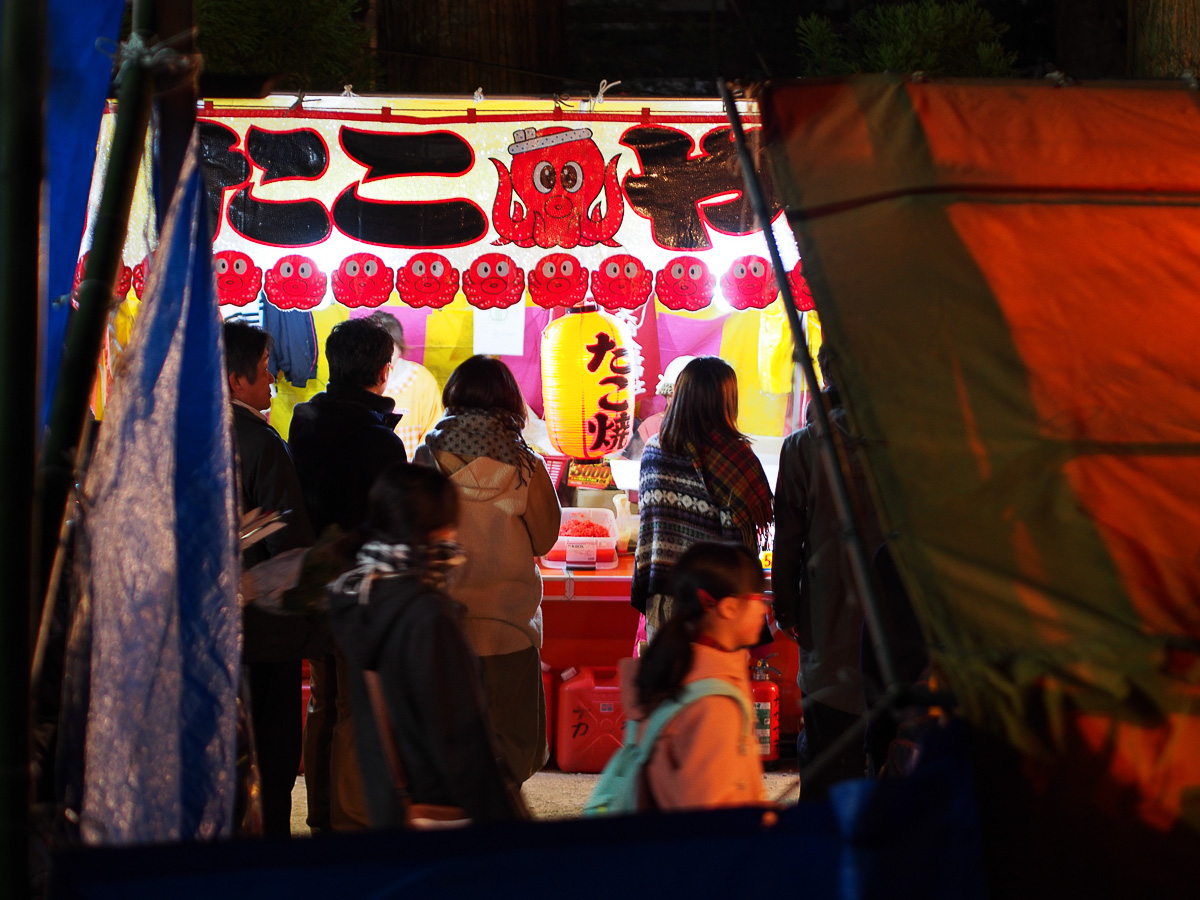 I really liked the atmosphere at the festival, and the big bonfire was nice and warm. There were lots of people but surprisingly it all worked out really well.