Tokyo is know for the Tsukiji Fish Market, which is one of the world’s largest fish markets. I have not visited there, but instead had a chance to go to one in Shiogama, Sendai that is about 30 minutes by train from Sendai Station. It is the largest fish market I have been to, and it was quite an experience. A little warning might be in place: if you don’t like seeing dead fish, this post might be a bit too much. Still, I thought they make for interesting subjects and is something you don’t see everyday. 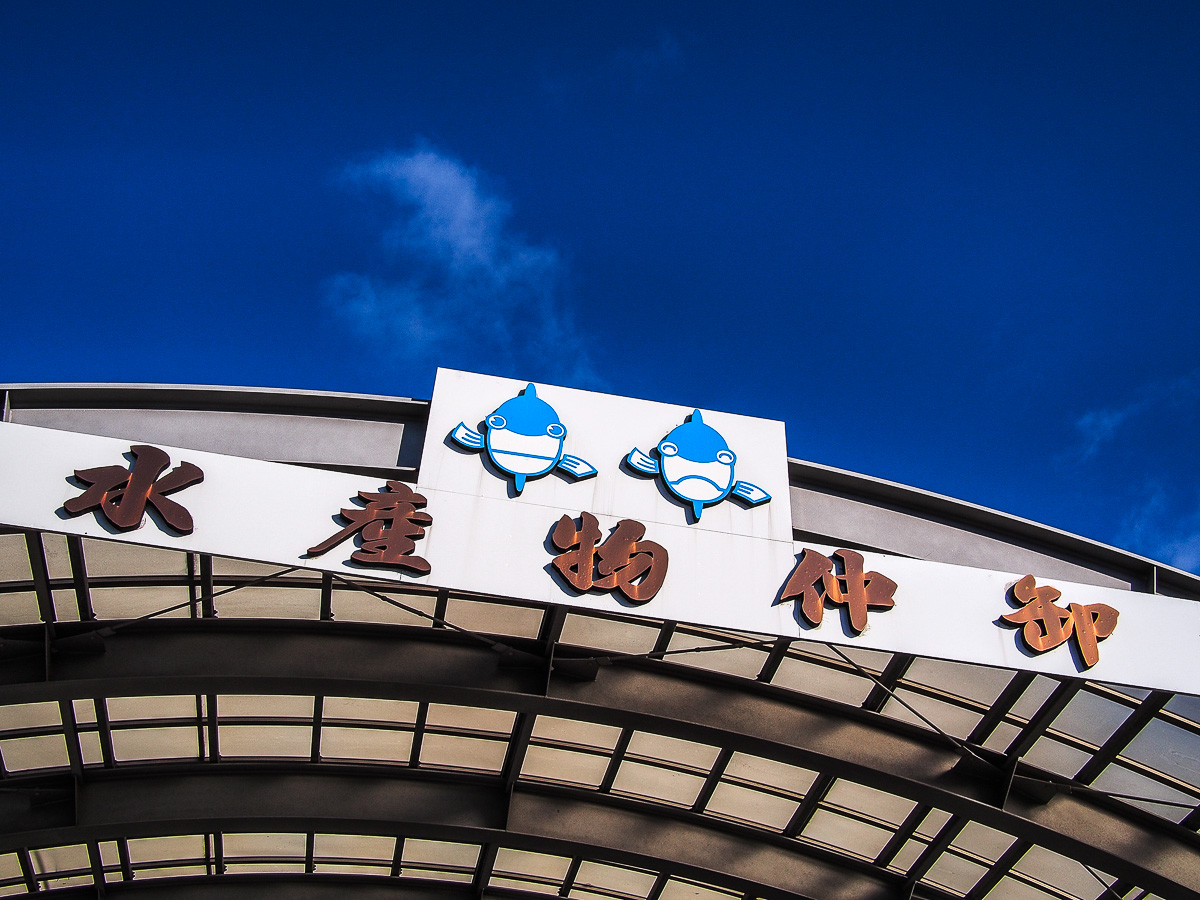 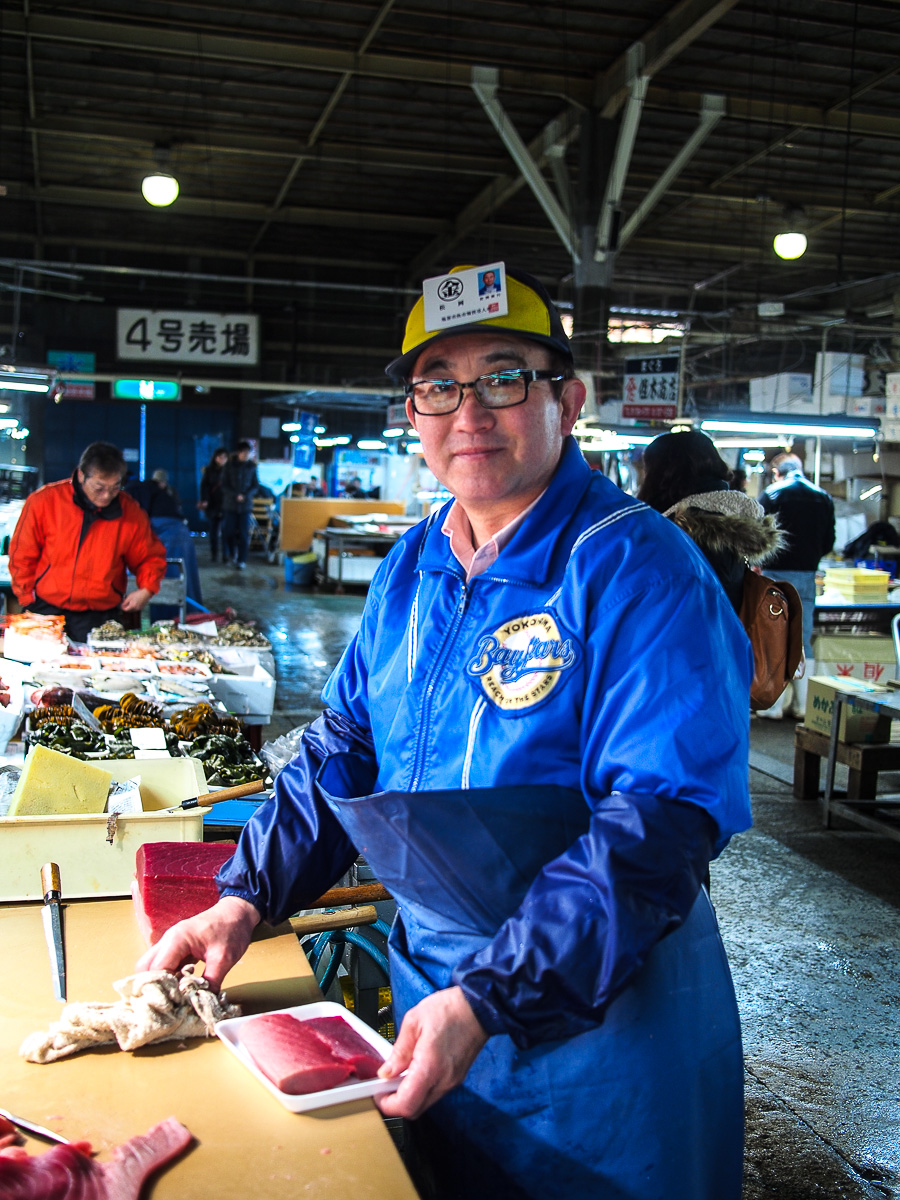 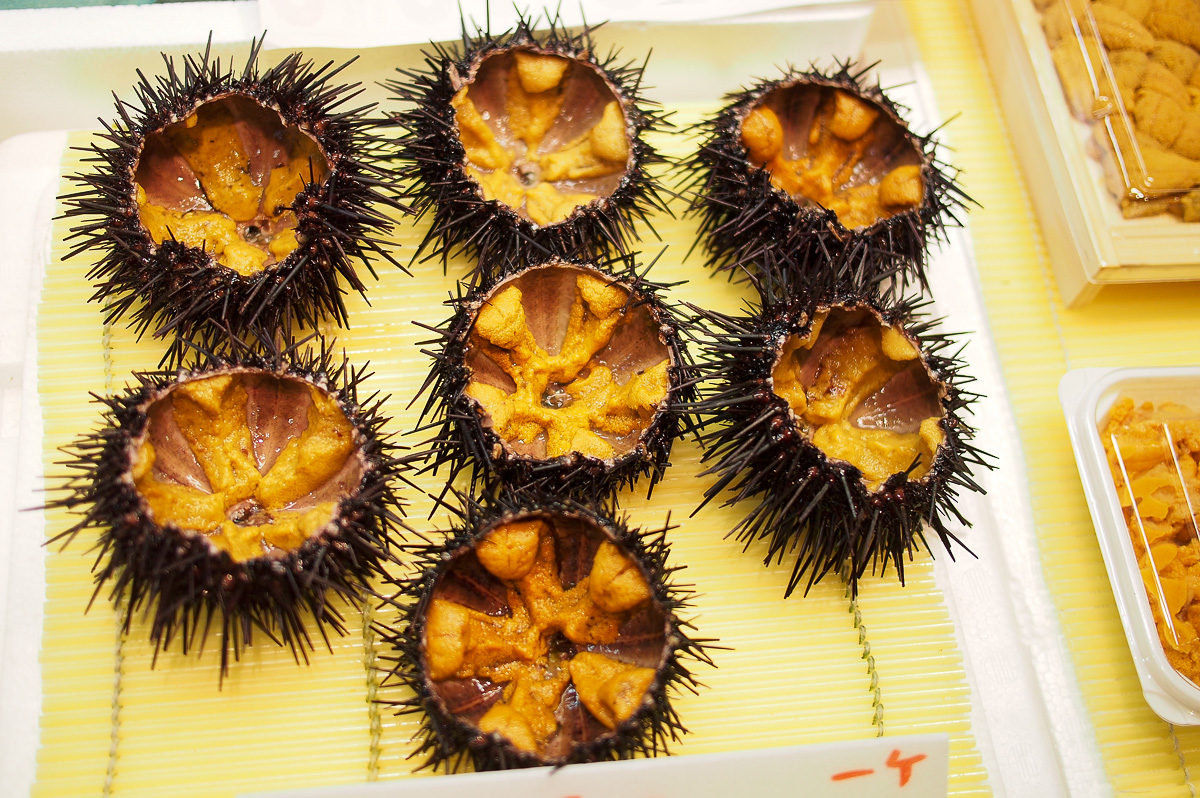 Sea urchin laid out on a bamboo mat. 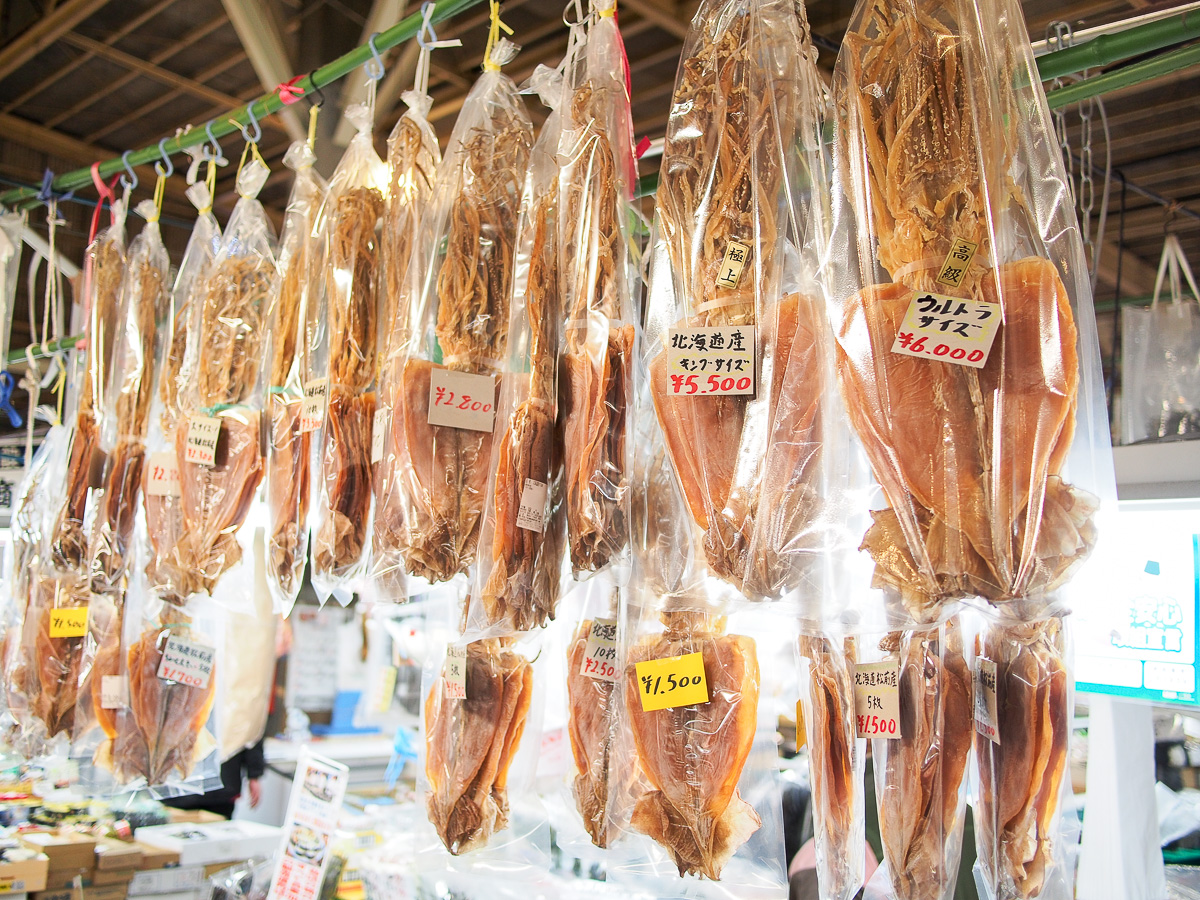 There were plenty of dried squid for sale. 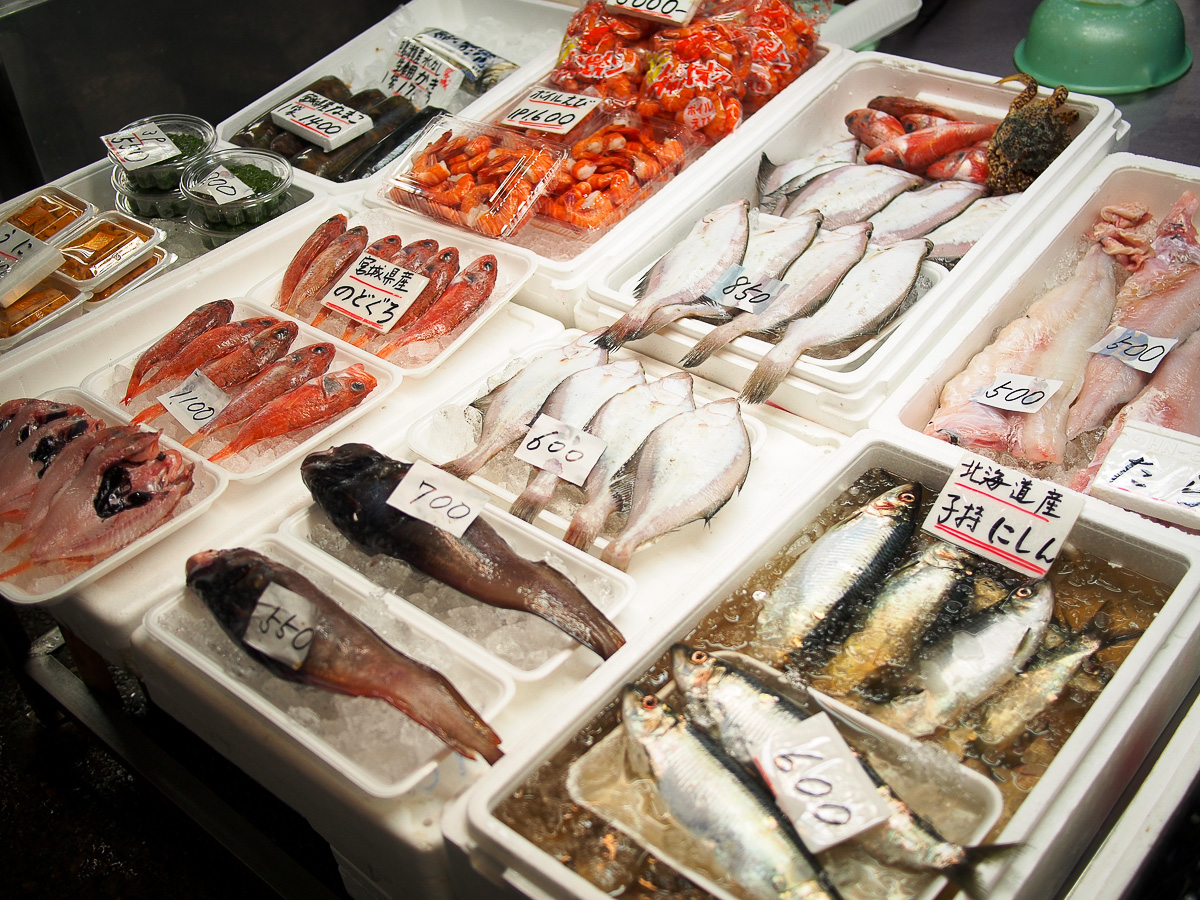 Different kinds of small fish. In general, the prices were very low when compared to Finland. 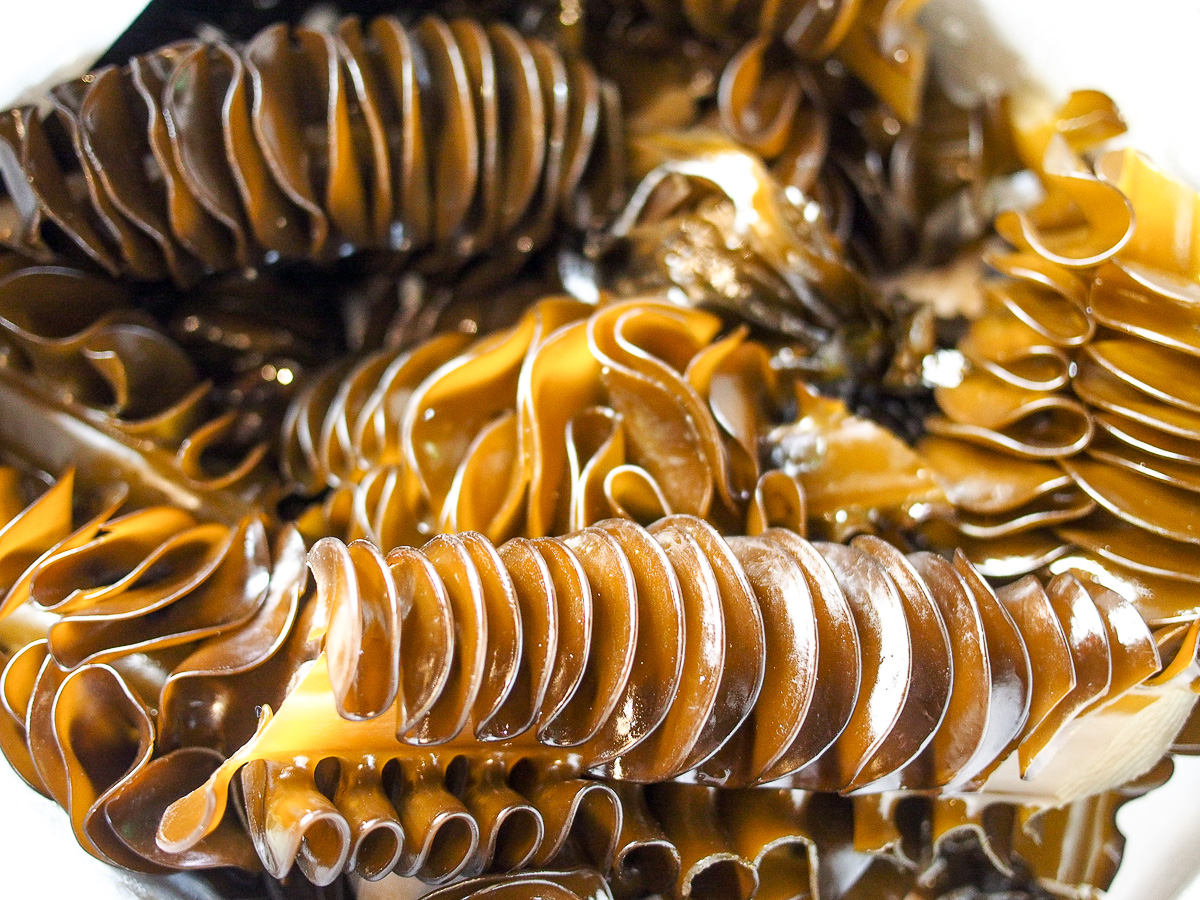 This is a type of sea weed, but I always seem to forget it’s name. It turns green when cooked. 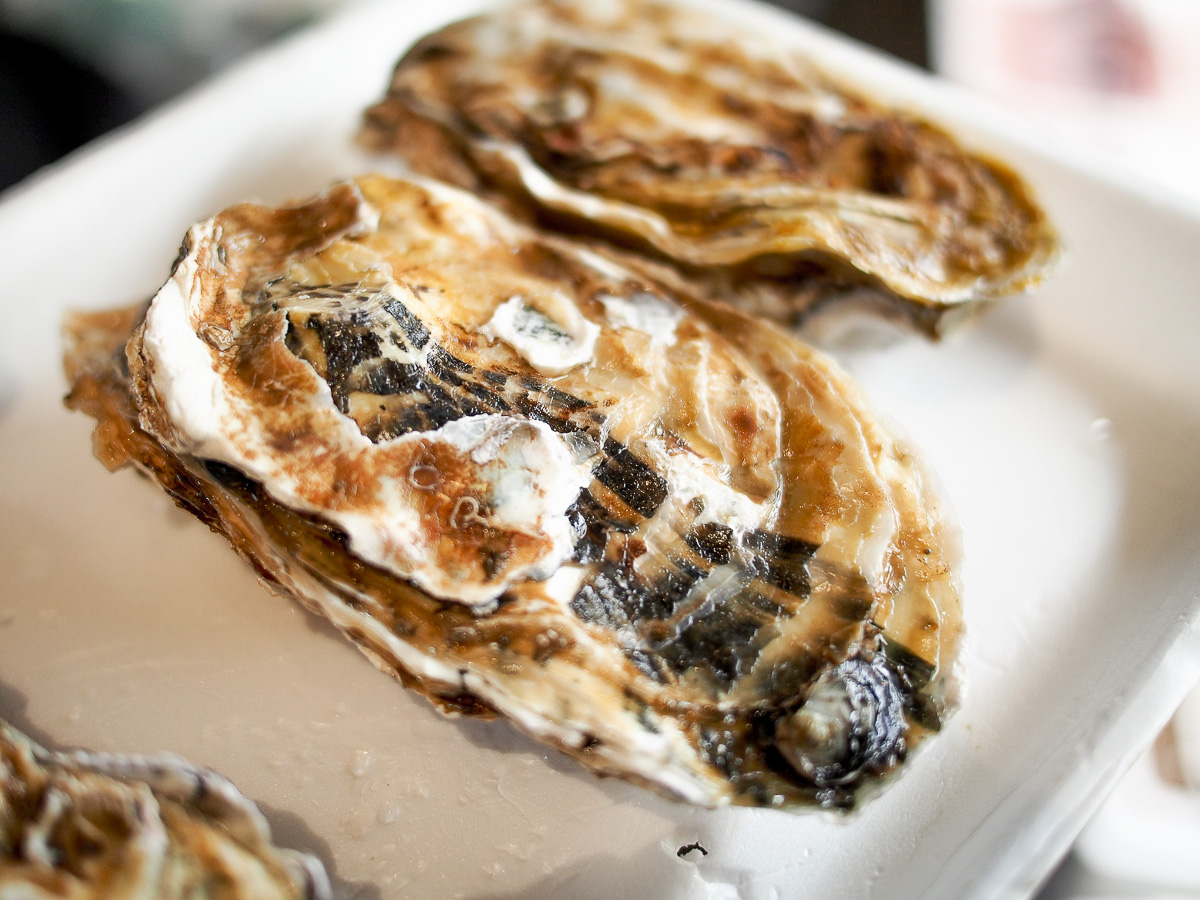 Oysters. I tried one fried, and the taste is quite creamy, although not my favorite. 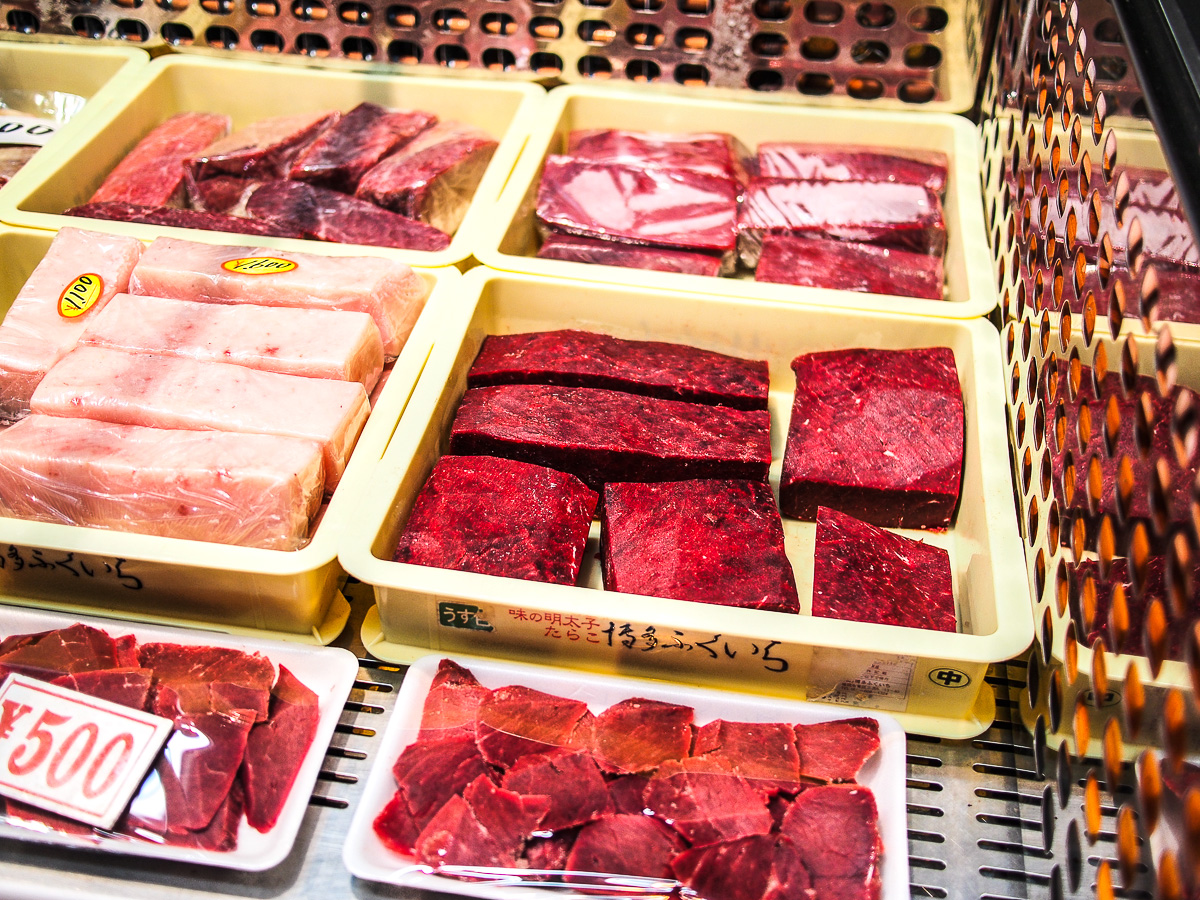 Whale meat could be easily found in the market. 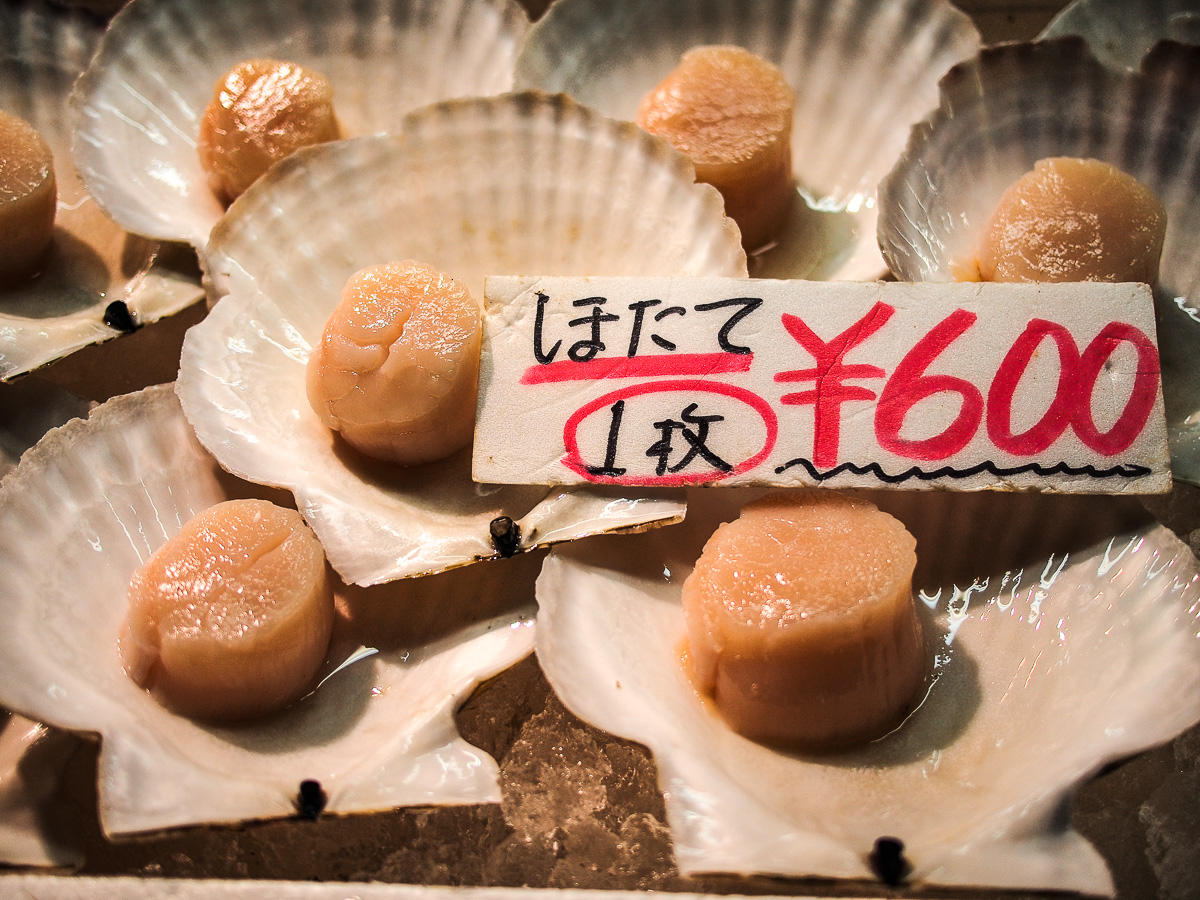 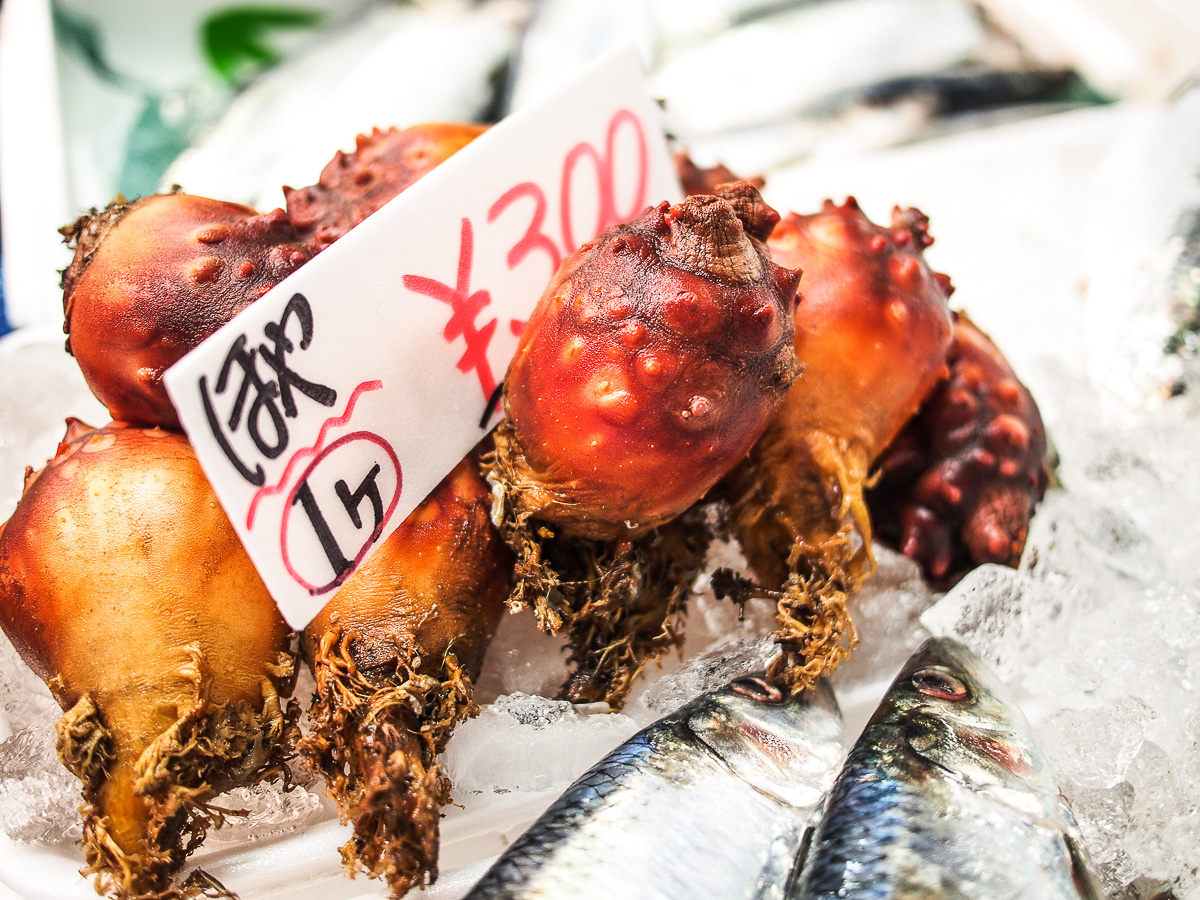 This looks peculiar enough, and is called Sea pineapple in English. It can be cultivated, and Wikipedia tells me that in the Miyagi prefecture (which Sendai is part of) over 12000 tons were grown in 2006. 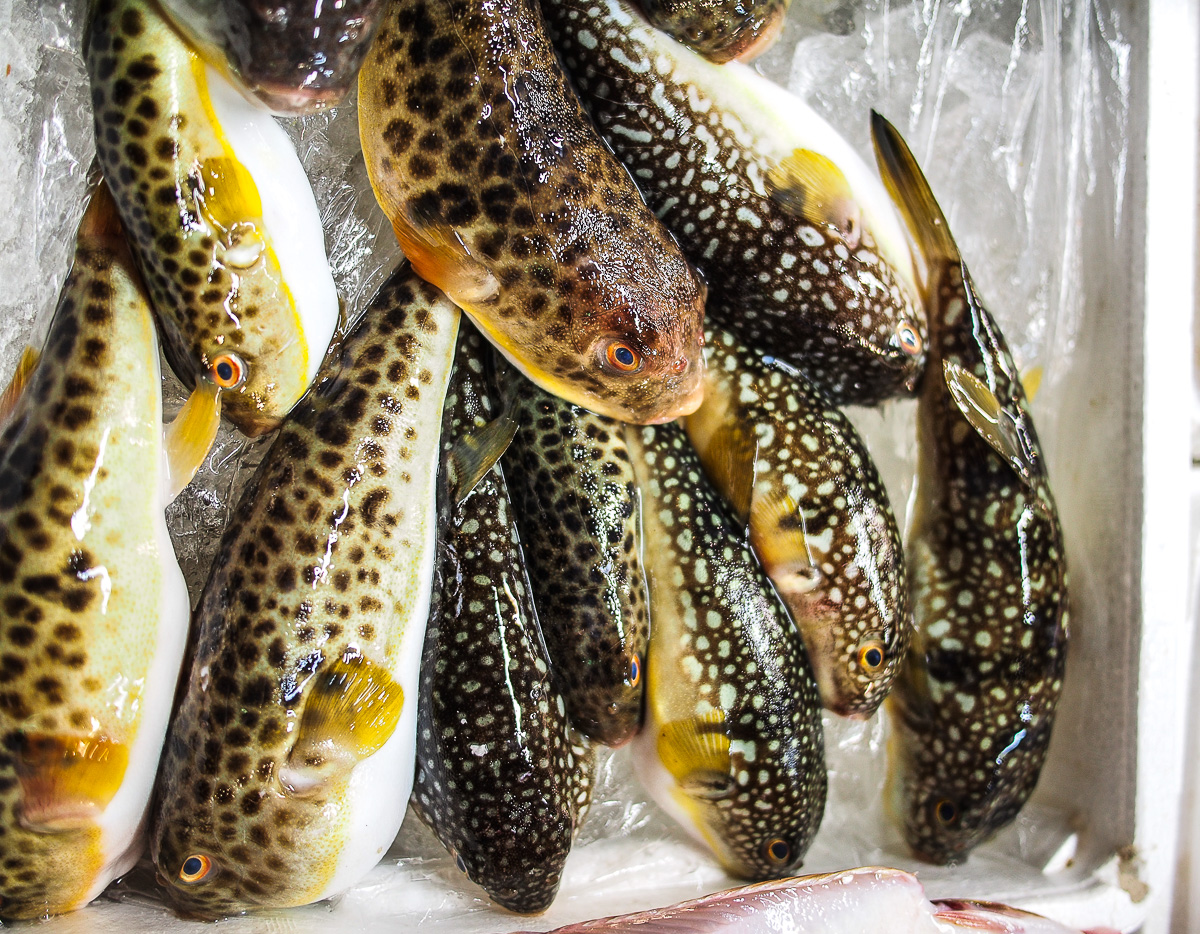 This if fugu. Yes, the notorious blowfish that can be deadly if not prepared carefully. I touched one on the cheek! 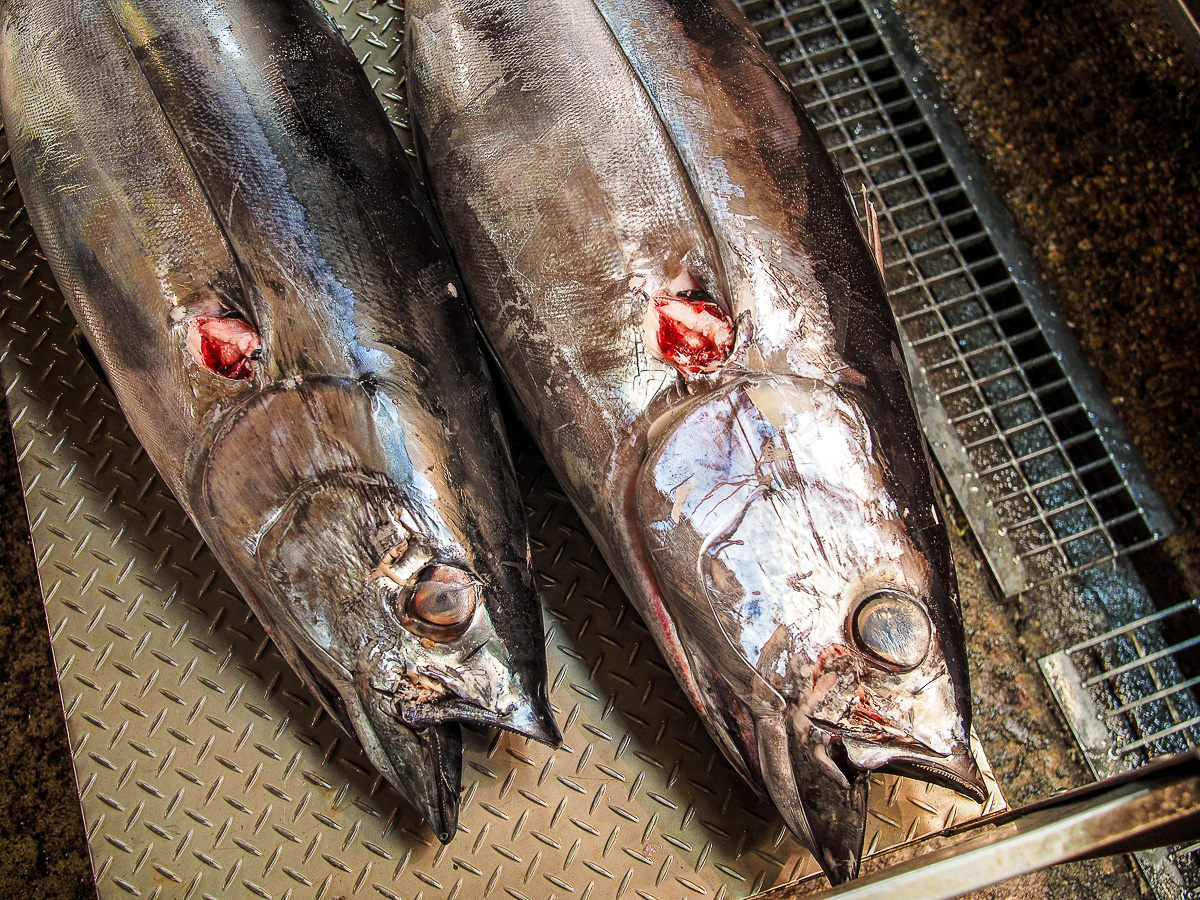 The skin gives off a metallic shine. 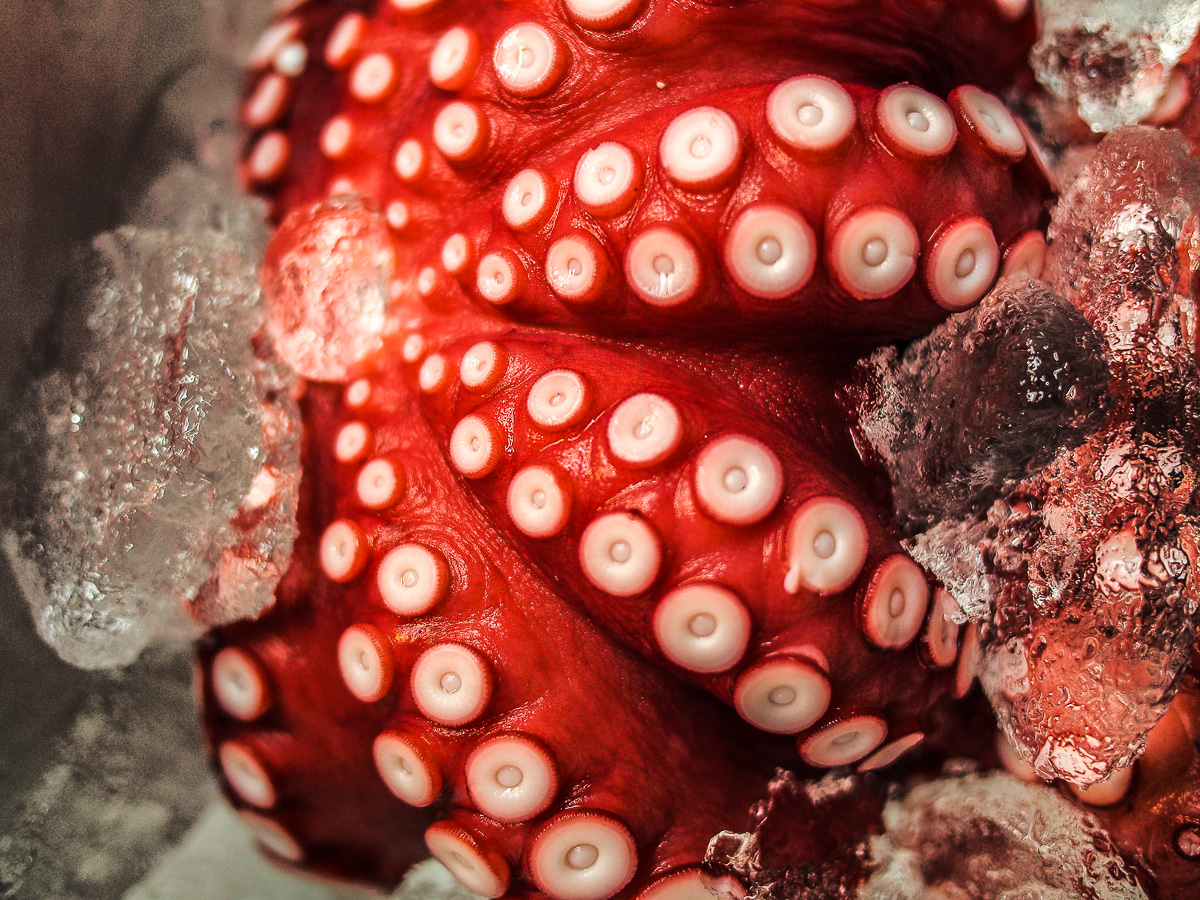 I learned that there are at least two kinds of octopuses sold in Japan. One is from Japan, and this pictured one can be found near Africa. 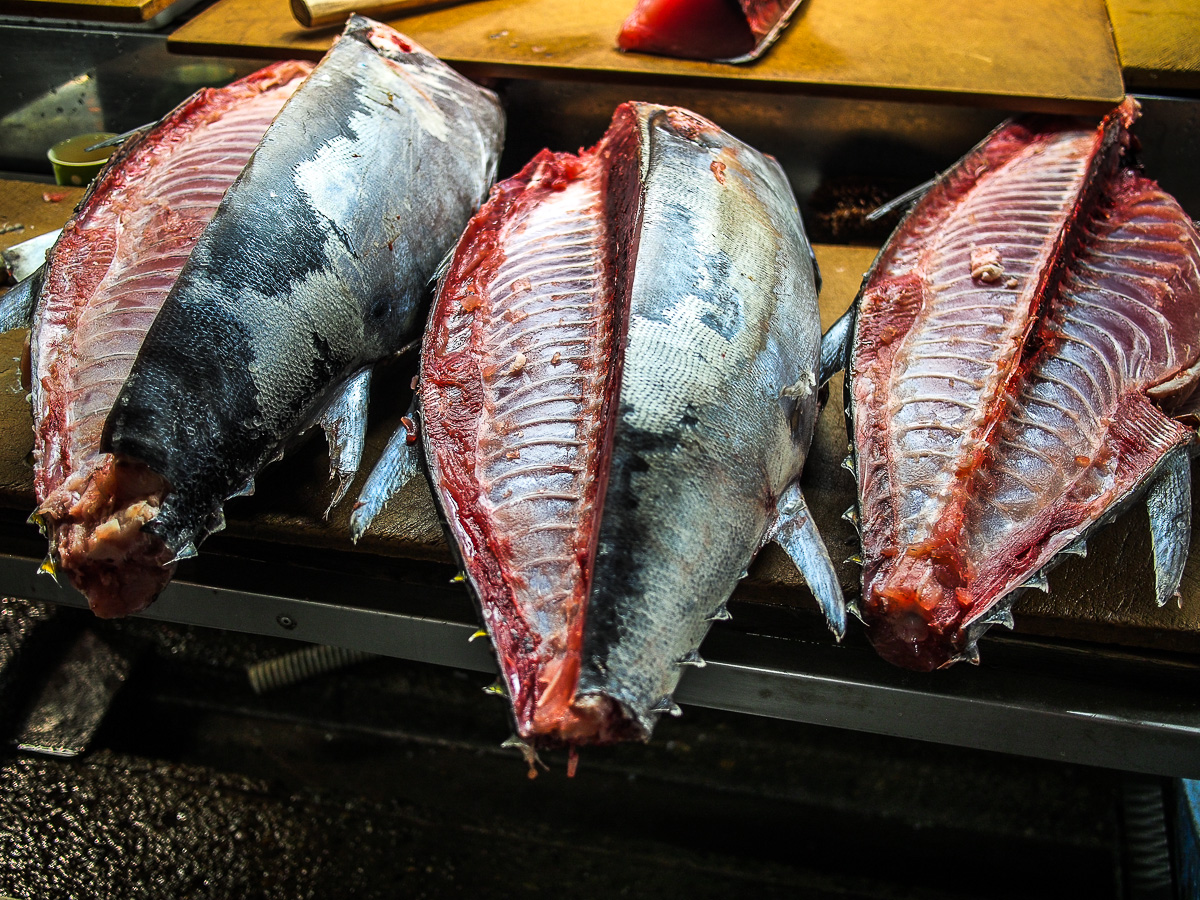 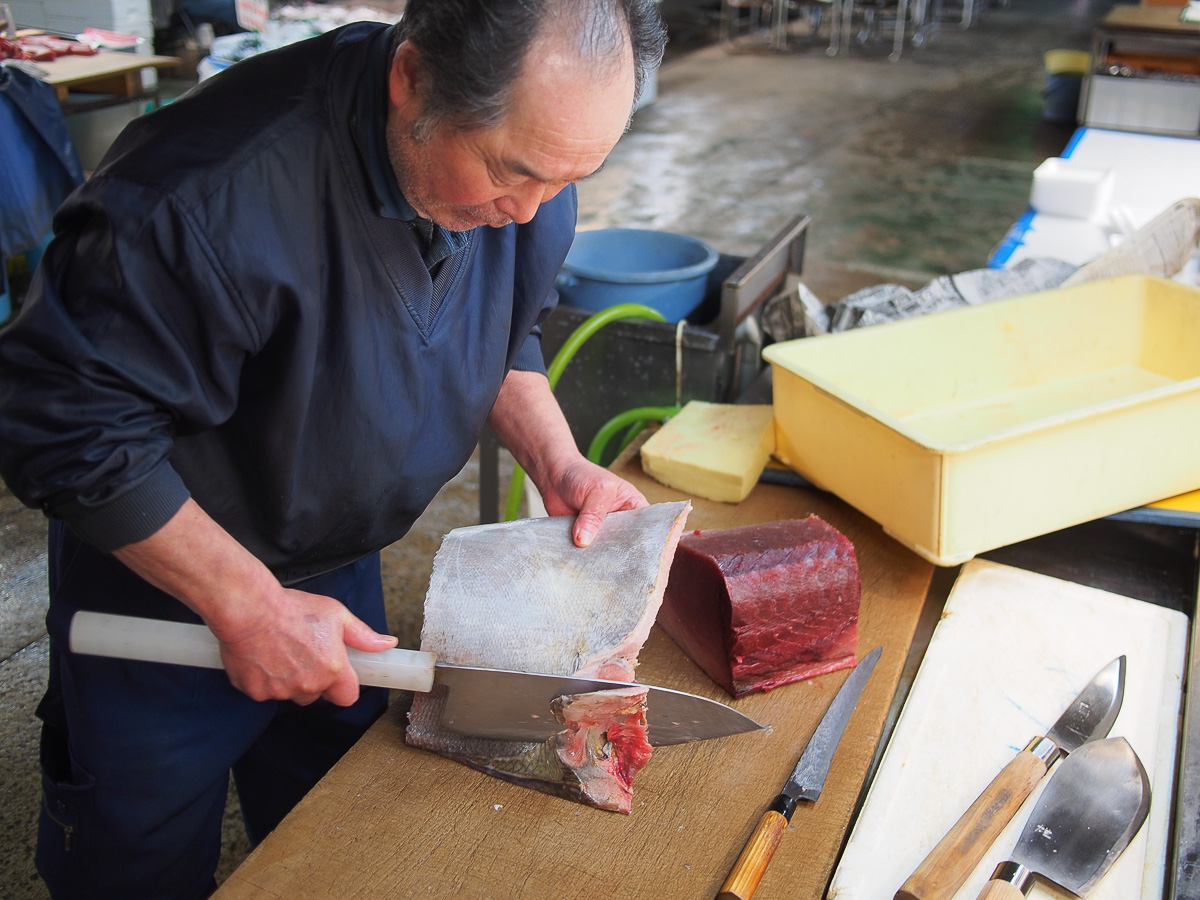 Man preparing tuna for sale. Those knives are huge! 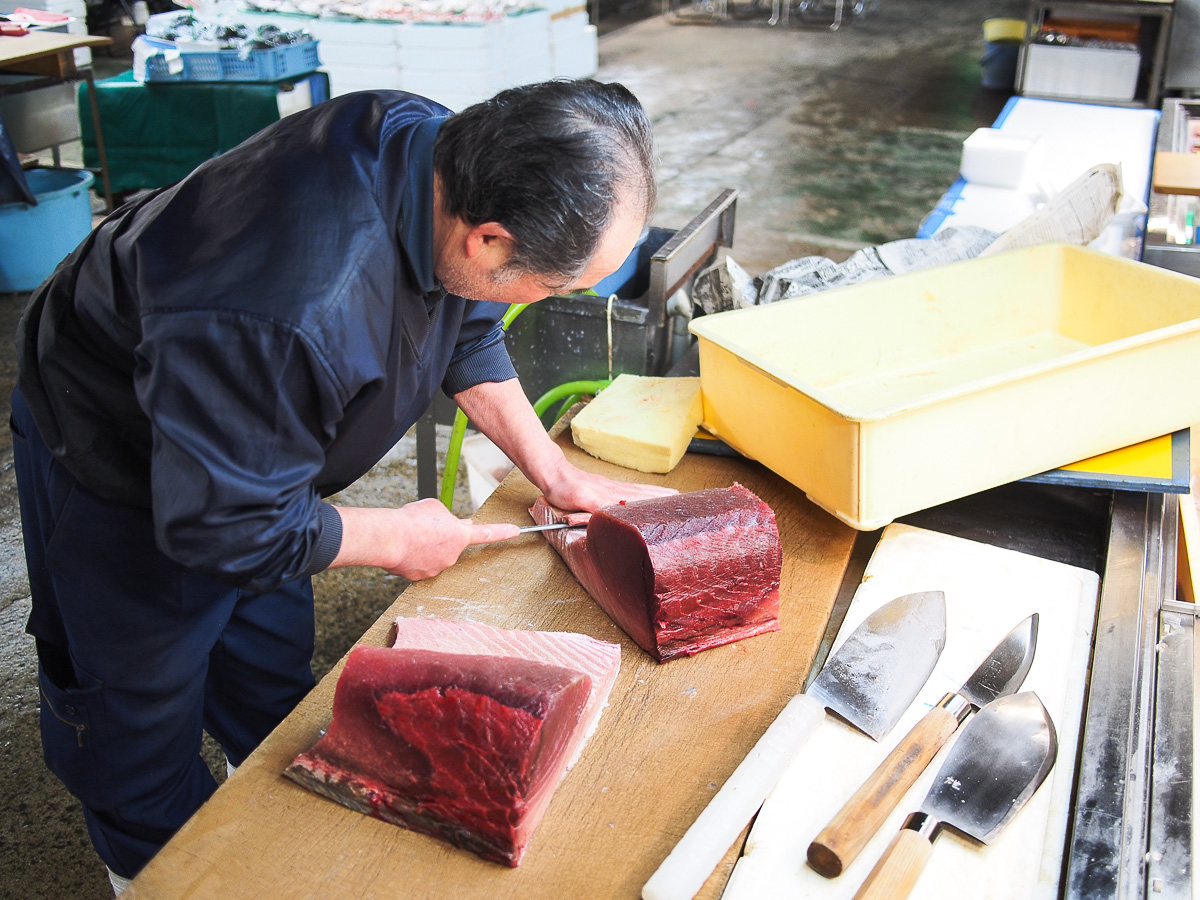 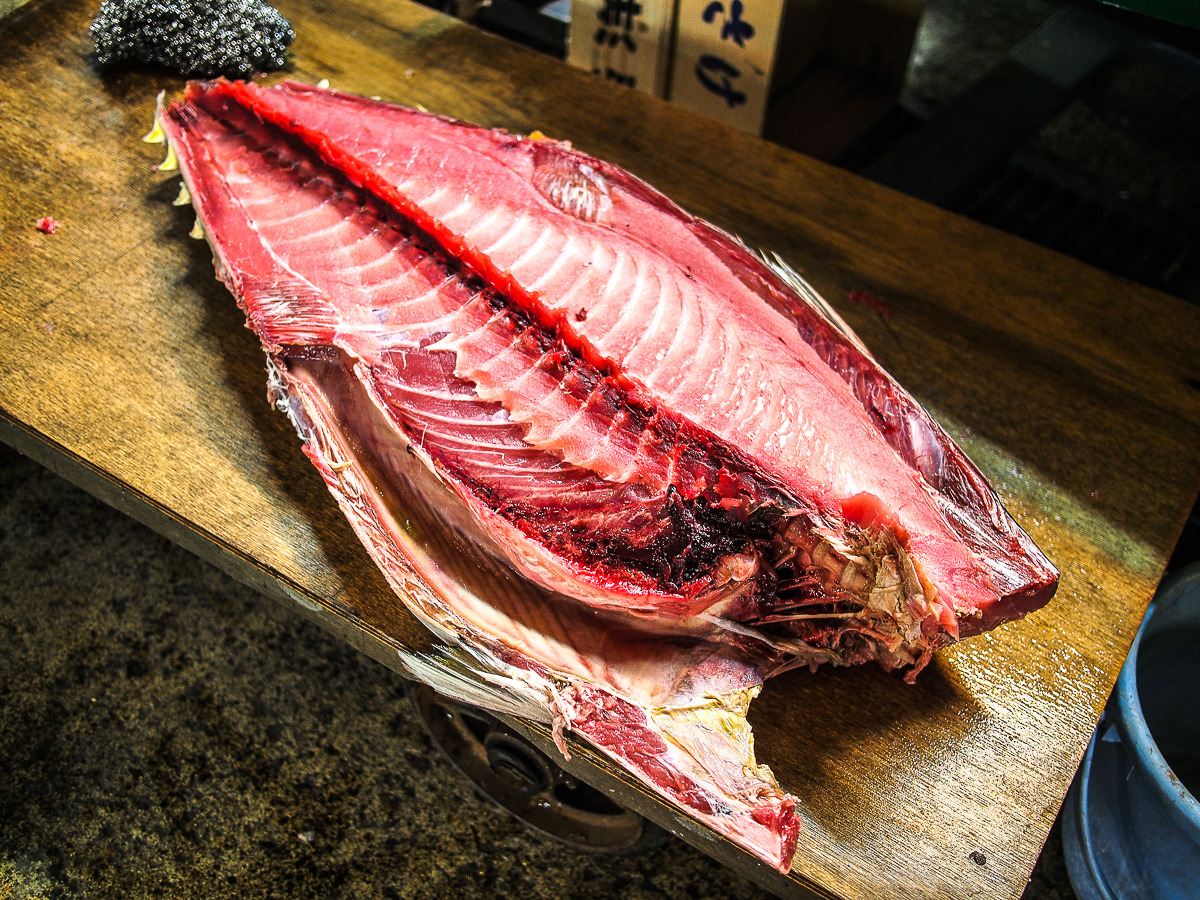 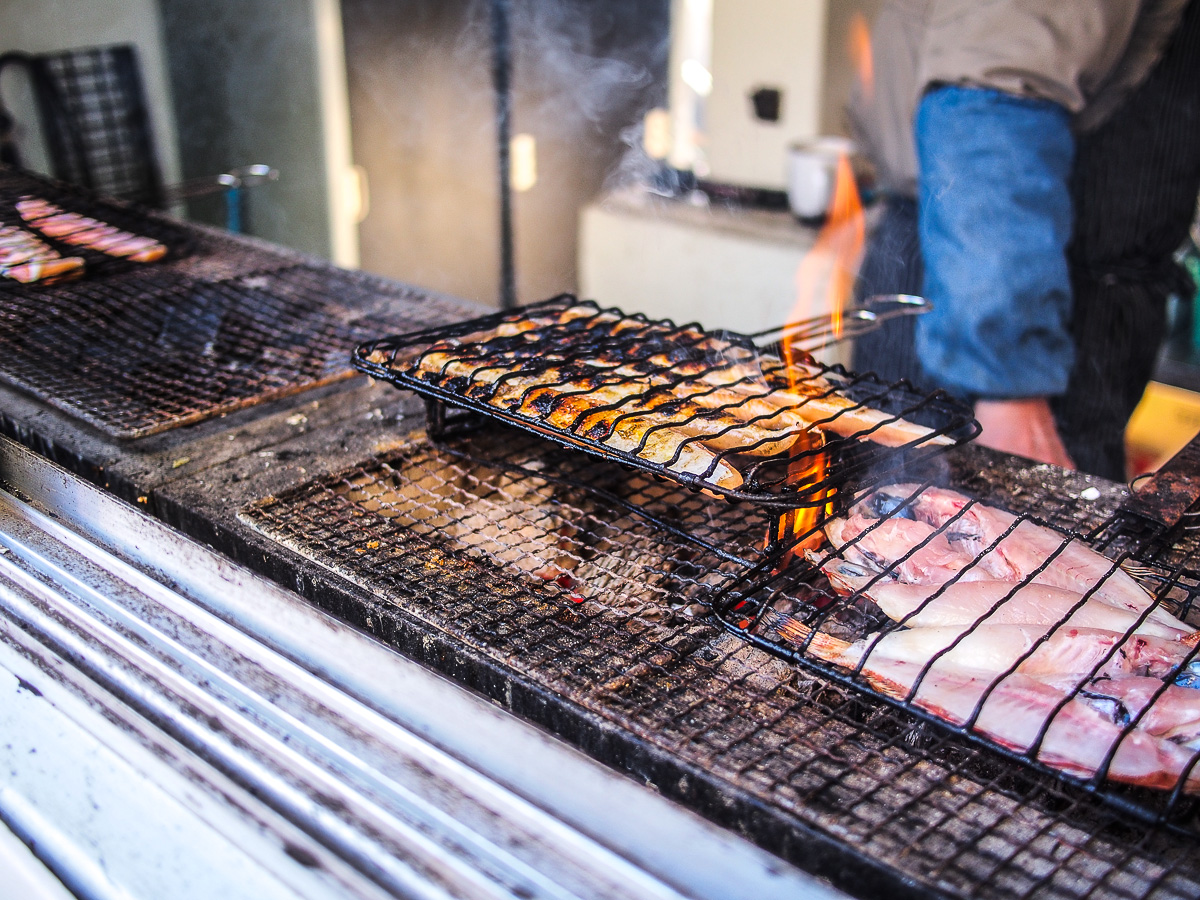 There was a grill outside the market hall where you could take the fish bought at the market, pay a small sum for the chef and he would grill the fish for you. I think it’s a neat concept. You can also buy boiled rice and miso soup for a complete meal. 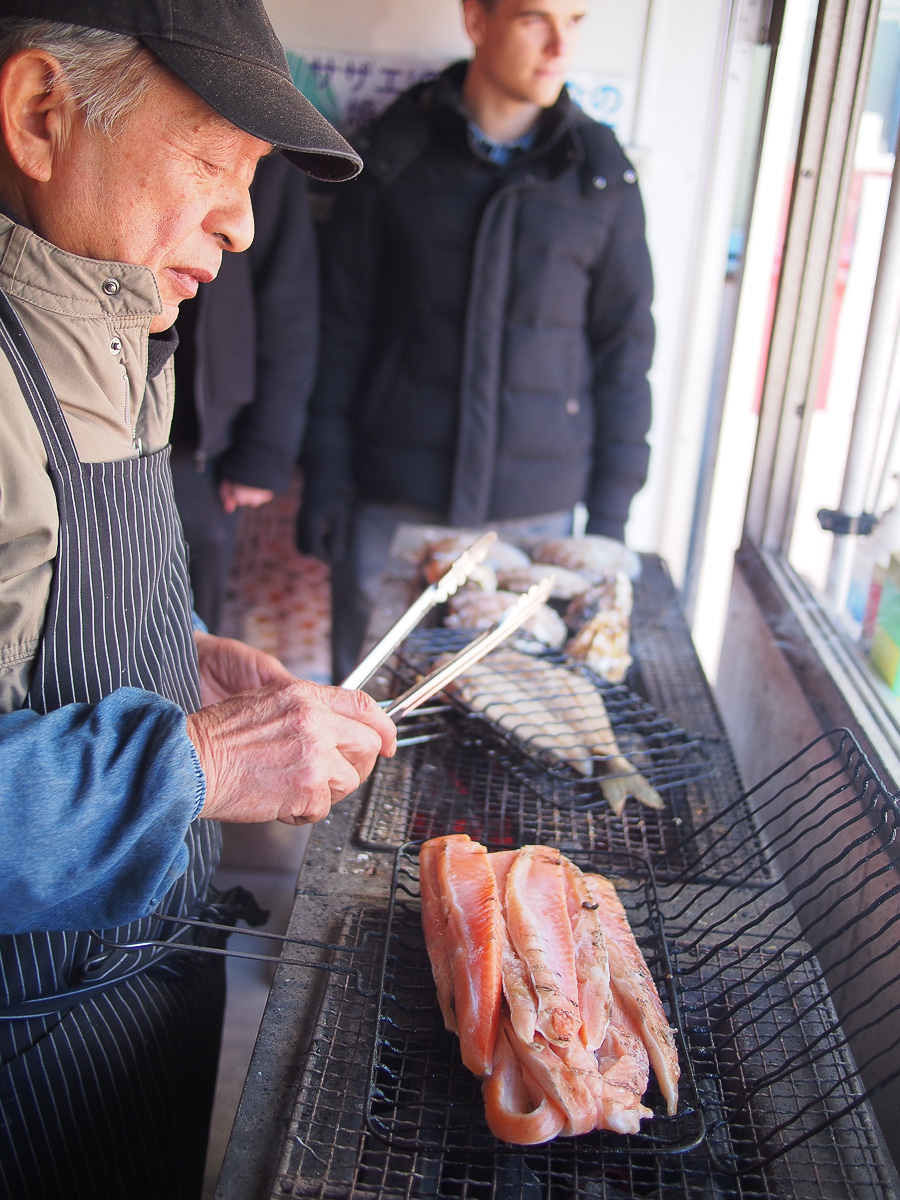 This man really knows how to grill fish! Delicious and moist. 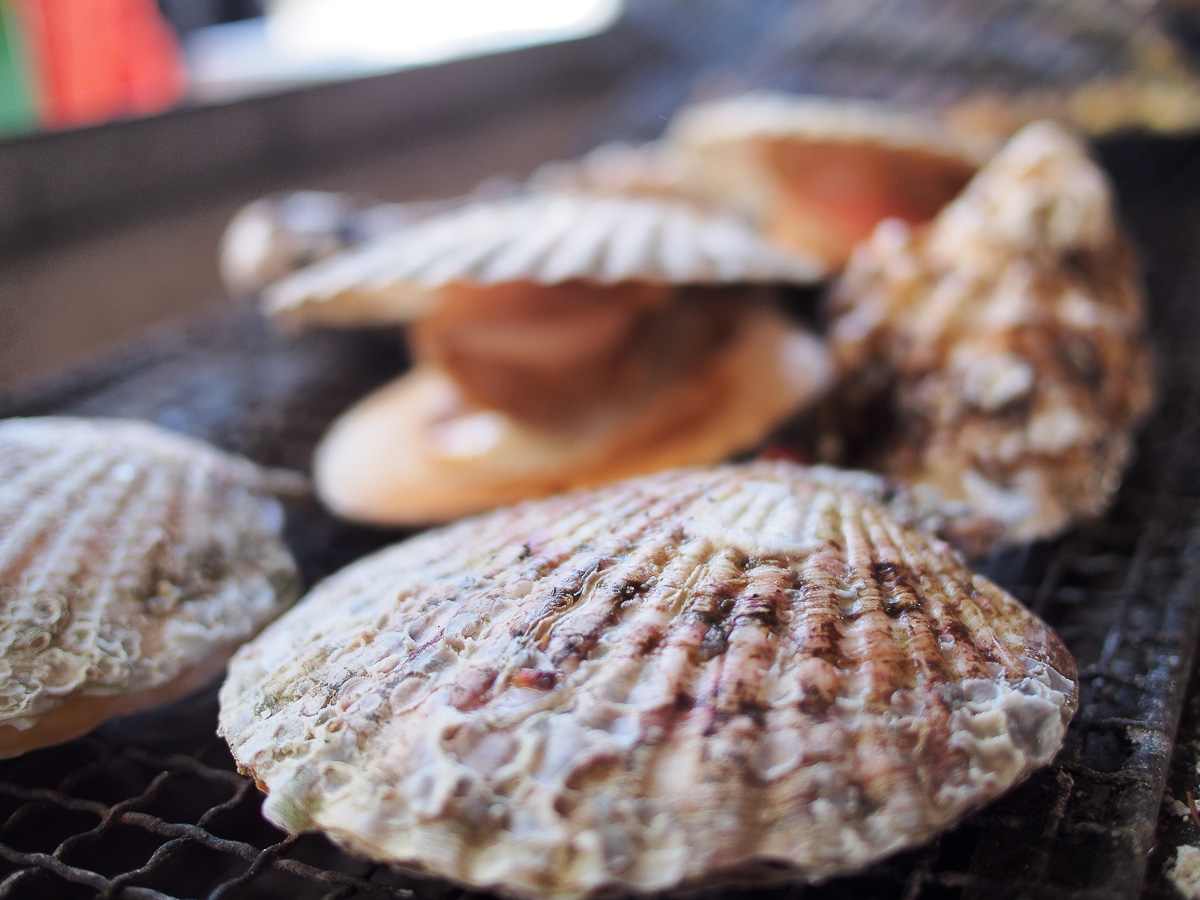 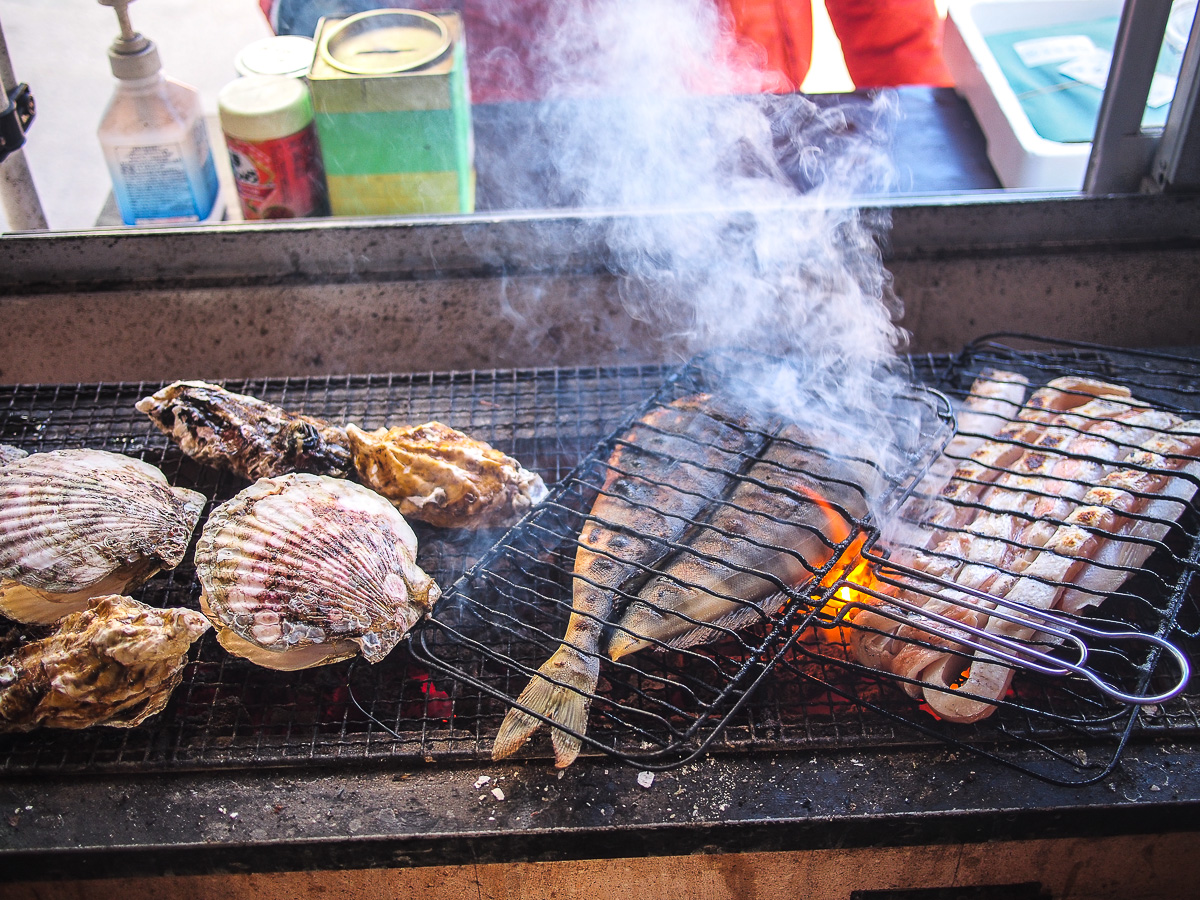 At one point he had some much to grill, he asked me for some help. That was fun. 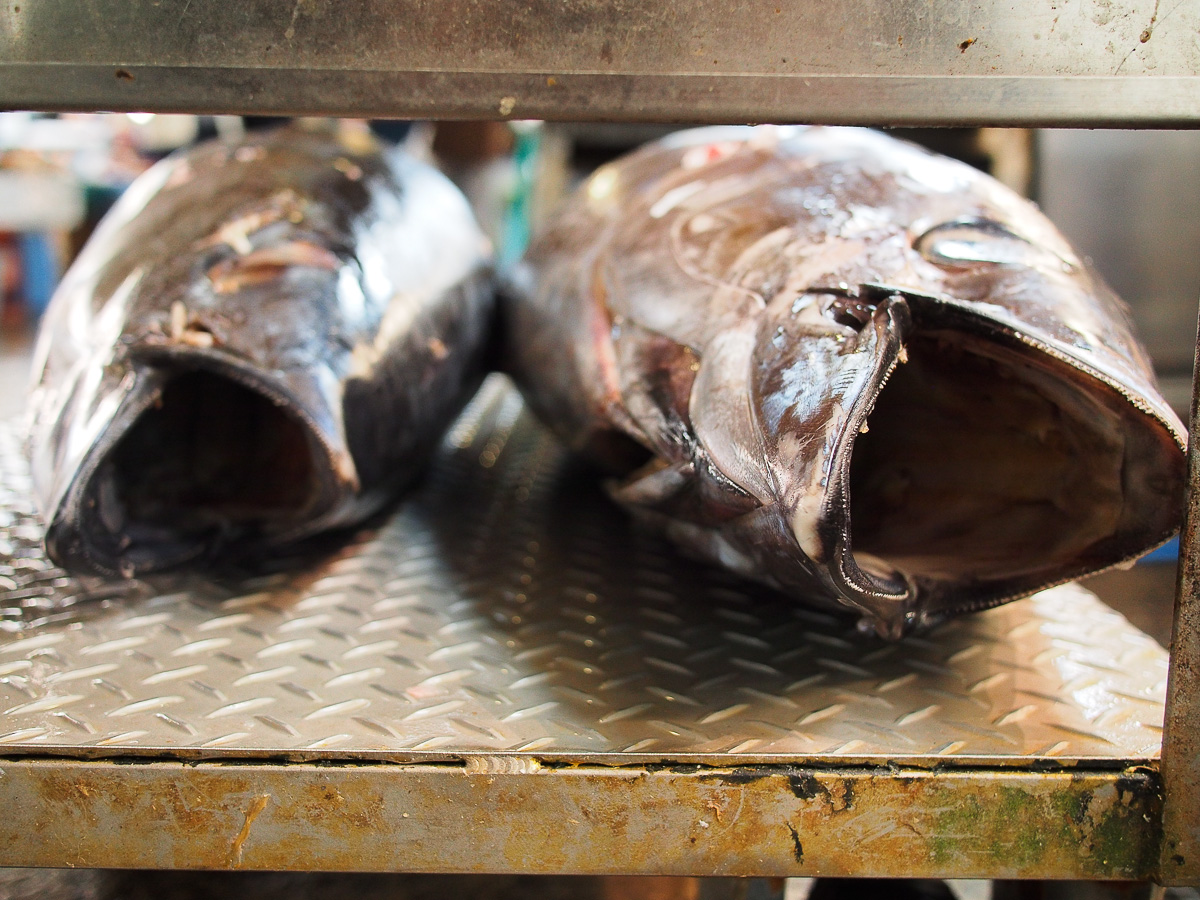 “Wide open”. This is the most horrific photo I took that day in my opinion.

I was impressed by the variety of seafood available at the market. I didn’t recognize even half of what was for sale. As for tuna, I really hope they are not the overfished kind, and well, I guess eating whale meat is a part of the Japanese culture but I think preserving healthy whale populations is far more important than preserving a culture that may have seriously adverse effects in the future.